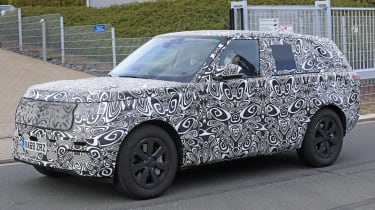 Land Rover is readying its crucial new flagship Range Rover for launch next year, as the brand seeks to revitalise its model range from the top down. Due later in 2021, the new model will be a big step forward as Land Rover embraces electrification to help get on top of the EU’s stringent fleet average emissions targets.

To facilitate this, Land Rover will build its new Range Rover on an all-new aluminium-intensive platform called MLA that will go on to underpin a variety of models across the Land Rover and Jaguar portfolio. Defined by a longitudinal engine layout, yet with the ability to support a full EV powertrain too, the new platform has been designed to reduce weight as much as possible, while being easier and more cost-effective to modularise between a wider variety of models. 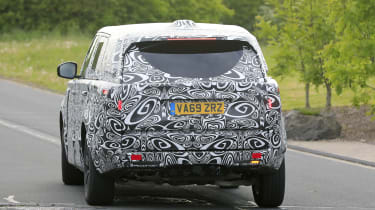 The next Range Rover will be one of the first models to utilise this new platform, and should initially incorporate a variety of mild-hybrid and plug-in hybrid powertrains sourced both internally and from a third-party engine supplier. That third party is muted to be BMW, who will supply Land Rover (once again) with a twin-turbo 4.4-litre V8 to form a flagship combustion-engined model in the UK, while still appealing to markets such as the USA and Middle East who still prefer large-capacity petrol variants. Other combustion engine variants will come from JLR’s own Ingenium engine range, including the new 3-litre straight-six petrol and a diesel, with an all-electric model due out soon after.

While the Range Rover’s underpinnings are about to undergo a big transformation, Land Rover design director Gerry McGovern has alluded to the aesthetic being more measured and evolutionary in its approach. This is supported by the body-on prototypes Land Rover is now testing, which appear to feature many of the same design elements that define the Range Rover’s iconic design language. 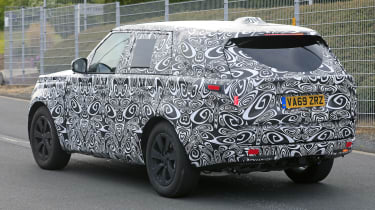 Peer behind the cladding and you can just about see the new LED graphics derived from those on the new Defender up front, while the rear lighting units, although completely hidden away, could be split units with what look like low-mounted secondary tail lights hiding at the base of the bumper. Manufacturers such as Audi often include secondary rear lights on SUV models as a legislative measure if the entire rear light is placed on the tailgate which would then be invisible with it in the upright position. This is unlikely in the Range Rover’s case as the nature of a split tailgate means it doesn't generally open with all the lighting attached like an Audi-style wraparound tailgate, but it does leave the door open to some interesting styling changes for this new model. The interior will also get a refresh, but it’s unknown at this stage whether the Range Rover will introduce any new infotainment systems or controls.

There’s plenty of change to look forward to with the new 2021 Range Rover, but with it commanding such a strong and confident position within the marketplace, it will shock no one to see that the new Range Rover will be a gentle evolution, rather than a reimagination. Revolution is instead more likely to come from a new low-riding EV Range Rover derivative and Jaguar’s next XJ, both of which are likely to join the new Range Rover in 2021.