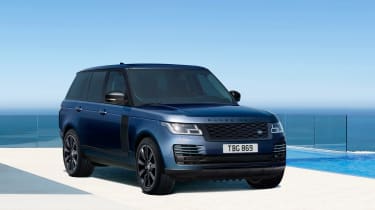 Land Rover has given the flagship Range Rover a final nip and tuck before an all-new model arrives next year, with new colours, trim levels and a fresh straight-six diesel engine. The current model followed on from the popular L322 in 2013 with a bigger body, aluminium-intensive construction and higher price tags as it filled out the upper end of the SUV spectrum. Since then though, rival luxury SUVs have proliferated, making this update just the tip of an iceberg of changes the Range Rover will see in the next 12 months.

The biggest single change is the introduction of a new mild-hybrid-assisted in-line six diesel powertrain that will also be introduced in the smaller Range Rover Sport. The new diesel has a shared modular construction as seen in other JLR Ingenium powertrains, and will be available in two states of tune mated to the usual eight-speed automatic transmission and full-time four-wheel-drive system. 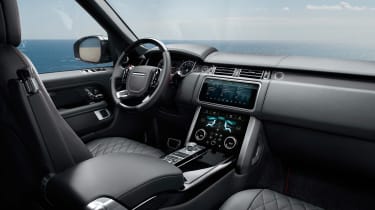 Figures for the new powertrain sit at 296bhp and 345bhp respectively, each replacing the SDV6 and SDV8 engine options currently available. The entry-level D300 packs 296bhp peak power, with 480lb ft of torque available from just 1500rpm – increases of 25bhp and 19lb ft. The D350 might be two cylinders down on the previous SDV8 model, but hits back with a 6bhp power increase, although it does concede 29lb ft and a distant V8 rumble to its predecessor. Where the new Ingenium engine really shines is its improved economy though, with the new D350’s WLTP fuel consumption rated at 30.8mpg, a 4.3mpg increase on the previous V8. D300s are rated at 33mpg. 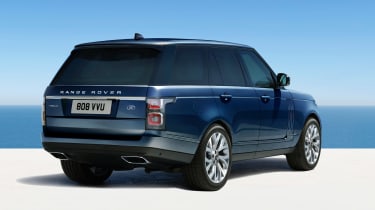 Aside from the new diesel engine, the Range Rover will be offered in new Dynamic Black and Westminster special editions in addition to the recently revealed Range Rover Fifty specials. Each bundles a combination of elements found on the options list, with bespoke finishes and colour options.

Prices for the new Range Rover start at £83,465 for the new D300 in entry-level Vogue trim, and extend to nearly £180,000 for the flagship long-wheelbase SVAutobiography.