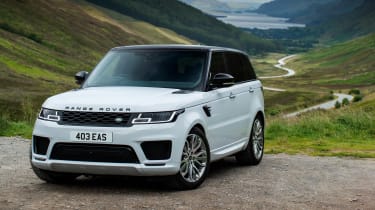 The Range Rover Sport will undergo a collection of updates similar to those seen on its more stately brother, picking up a new in-line six turbo diesel engine, unique trim variants and fresh colour options. The current Range Rover Sport was first revealed in 2014 with an all-new aluminium-intensive monocoque structure replacing the previous body-on-frame design that transformed the Range Rover Sport on-road, helping it be one of JLR’s biggest successes.

To widen the appeal of the Range Rover Sport, Land Rover has introduced a new in-line six turbo diesel engine available in two outputs, that effectively replace the previous V6 and V8 diesels. As expected, both versions are cleaner than the previous options, complying with the latest Euro 6D emission standards, while also being more powerful than before too, thanks in part to the application of a 48V mild-hybrid system. 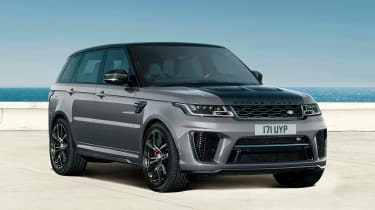 Figures on the entry-level D300 Ingenium 6 diesel engine are rated at 296bhp, with a peak torque of 480lb ft from 1500rpm. These are increases of 25bhp and 19lb ft compared to the previous SDV6 model’s outputs. The D350 model shares the same basic powertrain but lifts power to 345bhp, with torque peaking at 516lb ft. While this is marginally more power than before, there’s slightly less torque than with the old V8. Performance is also unchanged, with the zero to 62mph sprint coming in at 6.9sec, but it does so while sipping less diesel.

The remainder of the powertrain range remains the same, with the previous 2-litre four-cylinder turbocharged petrol plug-in hybrid, Ingenium straight-six petrol and supercharged V8s all unchanged from previous model years. 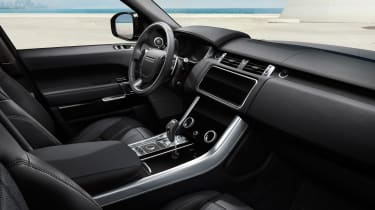 Two new high-specification trim levels will be added to the range called HSE Silver and HSE Black, both of which combine a selection of aesthetic elements usually reserved for the options list, built atop the standard HSE Dynamic trim.

The 567bhp Range Rover Sport SVR will continue to top the line-up, but will now be available in a new Carbon Edition version that, you guessed it, bundles together all available exterior carbon trim on the bonnet, vent inserts, grille surrounds and treadplates, as well as gaining the usually optional 22-inch gloss black wheel package.

Like the full-sized Range Rover, the Sport is also nearing the end of its tenure on the market, but we’ll have to wait a little longer to see an all-new Sport. For now, prices of the 2021 model year Range Rover Sport kick off at £65,295 in the UK, expanding way into six figures for the hot-rod SVR models.