Land Rover's new inline-six is an impressive unit, making this Range Rover Sport the pick of the range 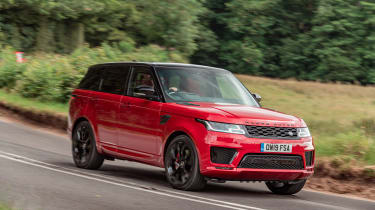 It doesn’t have the best of reputations when it comes to the kind of people who generally buy them, and it constantly has to move around in the shadow of its bigger, more accepted brother, the Range Rover. However, the Range Rover Sport remains one of those cars that if you ignore the undesirable baggage that sometimes accompanies it it is a hugely capable car, and after spending time in one it becomes easier to understand its appeal.

Which probably explains why you see so many of them on the road and why Range Rover continues to adapt the line-up to suit customer demands and the market’s shifting sands. Hence this new P400 HST model, which sits between the company’s P400e plug-in hybrid and the brash SVR. 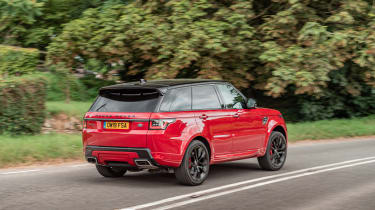 Just as other manufacturers are experimenting with installing petrol engines into their SUVs as buyers want out of their diesel-engined cars, so too is Range Rover, developing a new 3-litre straight-six motor for the job.

The latest addition to the firm’s Ingenium range of engines, this twin-scroll turbocharged unit also benefits from a 48V electrical system that recovers energy under braking, storing it in a battery ready to spin the turbo ahead of the exhaust gases in a bid to minimise turbo lag. 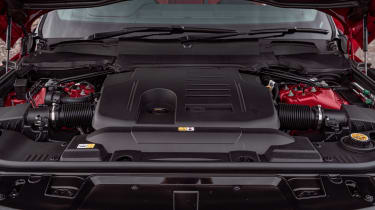 Peak outputs stand at 395bhp and 405lb ft of torque to haul 2310kg around, which makes the 0-60mph time of 5.6sec quite the achievement. Its 140mph maximum might sound low in today’s world, but it sounds plenty enough for something the size of a mountain it’s been engineered to climb.

Drive is via an eight-speed auto and a permanent four-wheel-drive system featuring every off- and on-road piece of tech you would expect from a 21st century Range Rover.

Don’t let the mild-hybrid tag trick you – the Range Rover Sport P400 doesn’t have any electric drive functionality. Rather its energy recovery system (how very F1) stores the energy in a battery ready to be used to drive the engine’s turbocharger from the moment you touch the throttle.

It’s designed to reduce the traditional lag by getting the turbo spinning while it waits for the engine’s exhaust gases to take over. However, unlike other 48V systems found in similar cars, it has no role to play with the car’s chassis (active anti-roll bars for example) as is often the case with rivals. 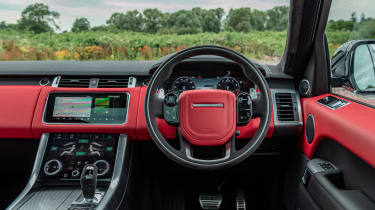 Nowhere near as ostentatious as its SVR sibling, and while it lacks the violent performance of the V8 brute and its embarrassing soundtrack, it’s all the better for it. The straight-six works best when you slip the gearlever to Sport setting and, if you’re prepared to use the small paddles hiding behind the steering wheel to change gear, left in auto the eight-speed ’box can be slow and often ponderous in its decision-making.

There’s a cultured hum to the soundtrack and it doesn’t sound strained as the revs accumulate, which they do at an unexpected rate, the P400 delivering an equally unexpected turn of space when it’s asked to. In a car this big and heavy, an engine with less than 400bhp and 500lb ft would normally be a concern should you need to make progress, but the P400 HST isn’t going to leave you floundering when you need it to get going. 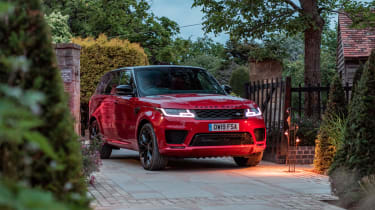 It’s no dynamic masterpiece, but again for its size and bulk it doesn’t make a fool of itself or you. It’s not as sharp as Porsche’s Cayenne or direct as a BMW X5, but it’s a car that you sense the engineers understood in terms of its limits and worked hard to stay within them, rather than push them to a point where all their hard work would crumble the first time you turned the wheel.

Range Rover is one of the few who can get its air suspension to work on these kind of cars, which means it rides as well as, if not better than, most top-end saloon cars, and its roll stability system prevents unsightly lean angles and the need for you to back off when the straights stop being straight.

Fuel consumption is going to be the biggest shock for those stepping down from a diesel-engined equivalent, with the P400 delivering regularly in the mid-twenties during our time with it, with 28-29mpg achieved from one tank on a long run. For some this will make it a non-starter. But for others the pay-off for not having a clattering diesel engine and the inside of their £80,000+ car smelling like an HGV car park will be worth it, despite the more frequent fuel stops.