New tech, styling and paint for the large Lexus saloon, but no new engines to make use of its LC500-derived chassis 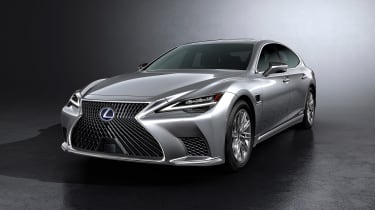 Granted, the Lexus LS500h has typically been more about the thrill of refinement than the thrill of driving, but as a leader of Toyota’s technology and design, the LS is always an interesting beast to keep tabs on. The current generation was introduced in 2018, but has already been given a subtle refresh, in the process introducing some new tech innovations, subtly updated design elements and active safety features.

Outside, these updates include a new front bumper and LED lighting assembly, the latter with a less ornate design, but greater functionality. Unique to Lexus is what it calls Bladescan technology within the new headlights, a curious development that much like the rotating mirror used in LiDAR scanners, disperses light from a powerful LED to create a crisper blade of light (hence the comical name) than possible through a traditional diode. 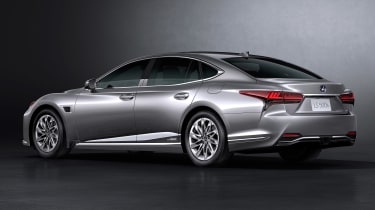 There’s also some new wheel designs, an oddly placed wing-mounted sensor that doesn’t at all fit in with the LS’s highly expressive design language, and a reformed rear bumper to improve trailing aero. That side-mounted sensor is part of a new active safety suite and semi-autonomous driving system that’s new for Lexus and Toyota.

The changes inside mainly consist of new trim – a highlight of the current model – and a new 12.3-inch infotainment screen that has broken the shackles of its previous cowelled location and instead forms a floating tablet that sits atop a ridge on the dash.

Powertrains remain mostly the same as before, with the 3.5-litre naturally aspirated V6 parallel hybrid being modified to improve its sometimes raucous operation when pushed. The twin-turbocharged V6 available in other markets has also been given a subtle lift in low-end torque and given new gearbox software to complement it, but will likely stay off the menu in the UK. 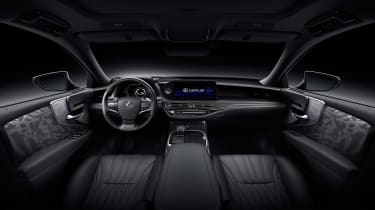 The LS saloon’s big contradiction remains however, as while the big saloon is invariably measured and biased towards comfort, its underlying LC Coupe-derived chassis remains surprisingly performance oriented in terms of layout and proportions. Like the LC Coupe, the LS500h’s double wishbone front suspension was specifically designed to keep the nose, and therefore body and centre of gravity as close to the ground as possible.

Torsional stiffness is exceptional for a car of this type, and its inherent rear-wheel-drive proportions point towards this being a sporting saloon, but it continues to ignore this part of its technical make-up in its midlife update. Instead, the LS500h’s interesting chassis remains locked away behind a wall of comfort and convenience features designed to appeal to a rather different type of buyer to us, especially in the UK where it’s CVT hybrid or nothing in the engine department.