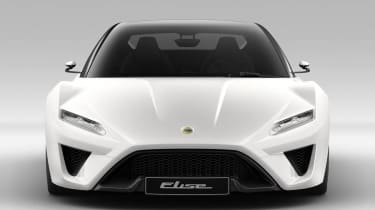 So Lotus' new plans are out. They're bold and ambitious and will fundamentally change the face of the whole company. For best evidence of this, look at the new Elise.

While Lotus has told us that lightweight sports cars will always have a place in its line-up, the Elise itself will be a fundamentally different car when it goes on sale in 2015. Despite intermittent efforts to make the current car a rival to the likes of the Porsche Boxster and BMW Z4, few bought into the theory due to the purity (read rawness) of the Lotus driving experience, the tricky fabric roof, the lack of refinement and the hassle of getting in and out - to name a few drawbacks.

The new Elise will address all these problems, and as a result will necessarily weigh much more. That's caused consternation among fans, but the fact remains that if Lotus wants to compete it needs to sell sports cars that can be driven and enjoyed every day.

In the grand scheme of things, 1095kg is still light and Lotus claims that the 2.0-litre 'pressure charged' engine (no word yet on whether it will be super or turbocharged) will put out less than 150g/km of CO2, while developing nearly 300bhp and having enough sprinting ability to complete 0-60mph in 4.5sec. A tuned R version with 345bhp will also be available, as will a convertible model - though at this stage we have no idea what sort of roof it will feature.

We do know that a sequential manual gearbox will be used and start/stop technology will feature for the mid-engined, rear-wheel drive Elise, too. As with the weight, the price will go up too, the Elise anticipated to cost around £34,000.