Lotus pulls the wraps off five new cars at the Paris motor show, as it heads off in a new direction. Full details and 48-image gallery of new Elan, Elise, Eterne, Elite and Esprit 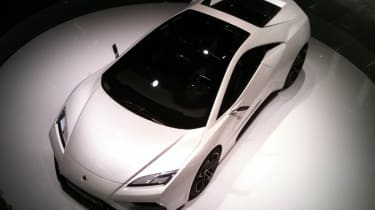 Elise, Elan, Esprit and Elite. Lotus has revived its most famous names for what is possibly the boldest strategy undertaken by any sports car manufacturer in the last twenty years. Under the plans laid down by new CEO Danny Bahar, Lotus will have a whole new model range on sale within the next five years. Here's what you need to know.

Elise: the current model will be replaced by one that takes the brand upmarket and does battle with the Audi TT RS and Porsche Cayman. 296bhp as standard from a 2.0-litre forced induction engine, upped to 345bhp for an R version. A mid-engined two seat coupe costing around £34,000, but weighing 1095kg - 200kg more than the current model. A convertible will also be available

Elan: Aimed squarely at the Porsche 911, the £75,000 Elan is a mid-engined 2+2 with a 4.0-litre transverse V6, producing 395bhp or 463bhp depending on whether you opt for standard or R models. Coupe and convertible choices will be offered

Elite: The only car that was announced in advance. Find out more here.

Eterne: A four door Porsche Panamera and Aston Rapide rival, that has most in common with the Elite, being front engined and using the same Esprit powerplant.

These details are admittedly scant at the moment, but the details are hot off the press - Lotus hasn't even had time to take any photographs of the cars that are on its show stand, so what you can see here are pictures that will be appearing in next month's issue of evo magazine, on sale next week.