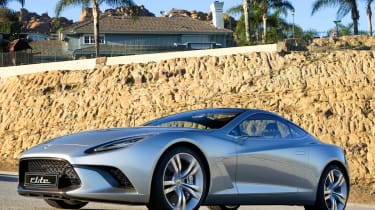 It's nearly a year since Lotus revealed its onslaught of new models. A radical departure for the British sports car maker sees it move upmarket, and the three products in this gallery will spearhead the rebirth of one of our favourite brands. The new Lotus Elite is a Ferrari California style coupe-convertible, with a front-engine, rear-drive layout and V8 power.

The new Lotus Esprit is the car garnering most attention, with Lambo Gallardo-like looks and the same 562bhp 4.8-litre V8 as the Elite, a naturally aspirated engine that will be built by Lotus itself. It sits in the middle of the Esprit and could be mated to an automated manual transmission that's said to offer the same shift speeds as a heavier, more complex twin-clutch system.

The new Lotus Elise is potentially the most controversial model. Gone will be a pared-back sports car, replaced by an Audi TT RS and Porsche Boxster rivaling roadster with lots of new technology (including stop/start) and upwards of 300bhp. And it'll no doubt lose the Elise's sub-£30K price tag, too.

See what you think by browsing these new pictures of the cars below, clicking them to enlarge them. And let us know what you think of the Lotus range on the evo Forum, our Facebook page or our Twitter profile.