The Cup 380 is Lotus’ most hardcore yet; extreme weight saving, extra downforce and wider tyres all feature 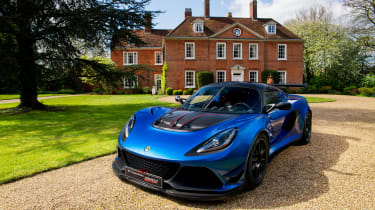 Lotus has unveiled its most hardcore road-legal model yet. It’s called the Exige Cup 380, and it’s a stripped-out track-biased special edition. Limited to just 60 examples, the Cup 380 weighs just 1057kg – 62kg lighter than the standard Exige. This, then, is just another example of the famous Lotus philosophy – simplify and add lightness.

All that weight loss comes courtesy of some pretty extreme dieting. Extensive use of carbonfibre for the bodywork mates with less sophisticated weight-saving methods – like removing the boot carpet and tailgate gas struts. All told, the Exige’s roof, front splitter, front access panel, diffuser, side pods, tailgate and rear wing have all been replaced with carbon fibre alternatives – while certain interior components have been lightened too. 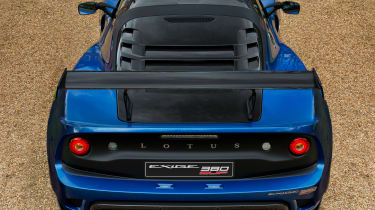 The Cup 380 is still 59kg heavier than its even more extreme brother, the Race 380 – but that car is intended for track use only and isn’t road-legal. 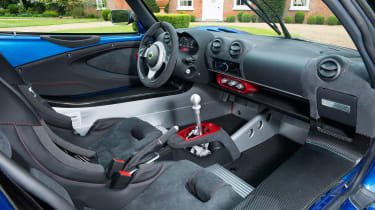 It’s not just about power and speed (although the 175mph top speed is unlikely to disappoint) as the Exige Cup 380 offers plenty of other upgrades to improve its performance on track. Chief among these is downforce – with plenty of upgraded aerodynamics including a new front splitter and rear wing delivering up to 200kg of downforce. That’s 43 per cent more than the Sport 380. The downforce is backed up by 20mm wider tyres than on the Sport 380.

Despite all the motorsport-inspired additions, the Exige Cup 380 is still road-legal – and Lotus claims it’s genuinely usable every day, although we’d probably reserve judgement on that until we get a chance to go for a drive.  Only a lucky few will get a chance to, though – the Exige Cup 380 is limited to 60 examples worldwide. It’s priced at £83,000 and is available as a coupe only.