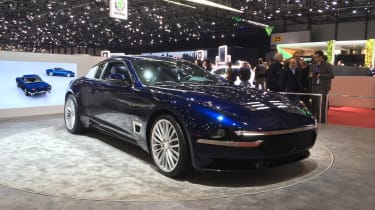 Italian coachbuilder Touring Superleggera has revealed its latest project and it’s called the Sciadiersia. Literally translating as Shah of Persia, the model is inspired by a previous commission of bespoke Maserati 5000GTs completed by Touring in 1958. Ordered by the then ruler of Iran, a total of three units were completed and they form the inspiration for this new car, which Touring Superleggera says is a four-wheeled version of the Orient Express.

From this point though the changes are far more substantial, as Touring Superleggera has completely redesigned the body, based on the 1958’s low three-box silhouette and a substantial amount of glazing. The main body’s simple horizontal crease is a distinct contrast to the muscular haunches and aggressive snout of the GranTurismo. 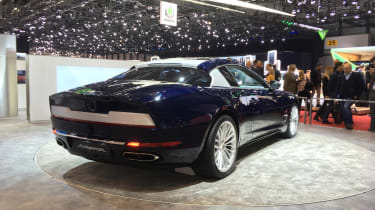 Polished aluminium also plays an important part of the exterior design, featuring on the nose and tail. Brushed aluminium panels on the c-pillar and tail also hark back to the original, framing a wrap-around rear windscreen. The surfacing is classic Touring, fulsome, with crisp body-lines and artful integration of the lighting units and glass roof.

Touring Superleggera didn’t release an estimated price, but each of the ten cars planned for production will likely vary in price depending on owners’ specific specifications. As usual, Touring’s penchant for luxury and sophistication rather than aggressive performance-orientated style is all over the Sciadipersia, which will make its public debut at the 2018 Geneva motor show next week.