Long in the tooth but not much worse for it, the Maserati Granturismo combines a fantastic engine with more than acceptable dynamics 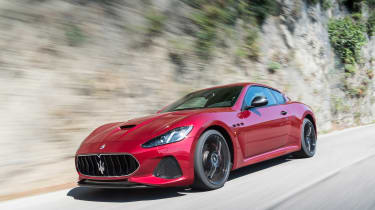 The new Maserati GranTurismo and Gran Cabriolet are late. Originally promised by the Modenese company for around 2014, there’s been a slight rewriting of the original gameplan and now the new cars, according to the new plan, will be here in a couple of years or so. Meanwhile, we have a facelift to the existing cars and a slight tweaking of the range.

This lateness could well be a blessing in disguise because the next generation of Maserati’s popular GT model (37,000 have been sold since the launch in 2007) is undoubtedly going to be powered by a turbocharged engine. Very good for emissions and fuel consumption, at least on paper, but as a consequence the music will be less exciting and with forced induction will come a flat torque curve. Gone will be the excitement of hearing a flat-plane crankshaft V8 come on cam and wind its way up to a 7,500rpm redline. 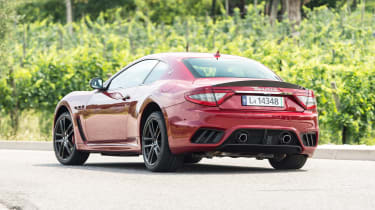 The 4.2-litre has been dropped to leave the 460bhp 4.7-litre V8 as the only engine available in the 2018 model-year GT and GCs. Lack of demand for the smaller engine is the reason given. The bigger engine is a gem despite its age.

It’s built by Ferrari at Maranello and is essentially the same engine used in the Ferrari 360 Modena, which in turn was a development of the F355’s engine. It’s surrounded by an acreage of plastic under the GT/GC’s bonnet but if you stretch in and have a good peek you will see the gorgeous crackle finish red valve covers.

You’ve a choice of two versions of coupe and cabriolet: the standard Sport and the MC (Maserati Corse). We’re driving the latter on the test route around one side of Lake Iseo and up into the hills to the north. An easy identifier is the MC’s scoops on the carbon fibre bonnet. Despite being made of composite the bonnet still feels rather heavy and is probably not doing much to reduce the GT’s 1,883kg kerb weight.

The facelift itself is pretty standard fare with new rear lamps and bumper and at the front a new grille, bumper and front splitter. The grille is deeper and according to Maserati was inspired by the Alfieri concept car. It is neither more attractive than the outgoing car’s nose nor more ugly. It is really change for change’s sake. Maserati cheated by not fitting a front numberplate to the test cars, but the front end won’t look quite so clean in UK-legal spec. The MC gets its own grille insert design but the bigger giveaway, aside from the bonnet, is the round centrally mounted exhausts whereas the Sport version has rectangular tailpipes at each corner. 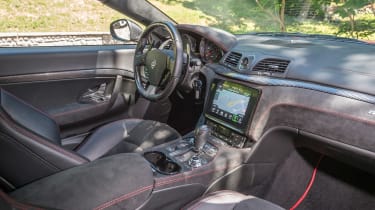 Inside, the new GranTurismo and GranCabrio both get a new infotainment system that’s projected via a 8.4in touchscreen with Apply CarPlay and Android Auto compatibility. Maserati has had plenty of practice building these cars and it shows in the quality. The interior feels special and with a wide range of options available for trim materials and colour, can be specced to suit personal taste.

In a world obsessed by the pursuit of unusable performance the Maserati GranTurismo is a reminder that impressive numbers don’t mean much; whether it’s 0-60mph times or the quantity of ratios in a gearbox. Jaguar’s F-Type R and Merc’s AMG GT both have more explosive performance and engine’s that deliver a more forceful and instant thrust, but don’t have the naturally aspirated Maserati engine’s character. 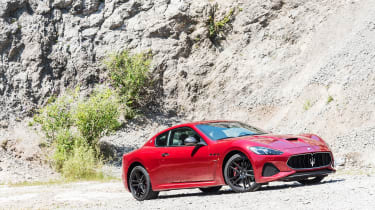 The column mounted gearshift paddles are always armed but the gearbox and engine work well together so most of the time simply using kickdown delivers the required spurt of acceleration for overtaking or punching out of a corner. Maserati says that it has not changed the GT’s steering but it seems to have more feel than it used to. Skyhook variable damping is standard and offers normal and sport settings. The ride’s a bit choppy even in the normal mode but not excessively uncomfortable.

There’s little point in making straight comparisons between the GranTurismo and its rivals. In both coupe and cabriolet form it offers a driving experience that’s old fashioned in the right way. A decade of production and constant tweaking have ironed out most of the faults to leave a grand tourer that has strong performance, handles well but above one that has a distinct character. 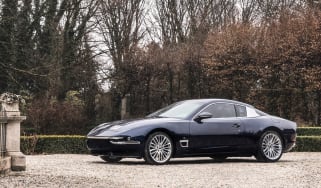 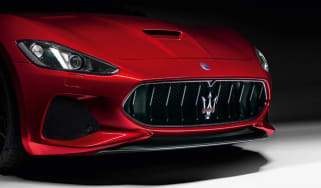 Maserati GranTurismo receives a facelift for 2018 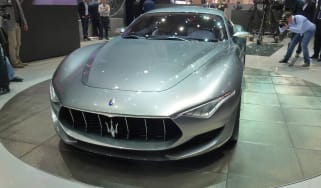 The Maserati Alfieri concept was shown at the 2014 Geneva motor show, and now it's confirmed for production
Visit/maserati/granturismo/6233/maserati-granturismo-buying-guide 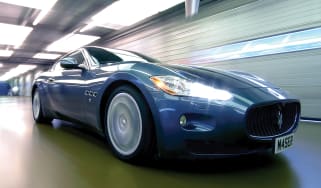 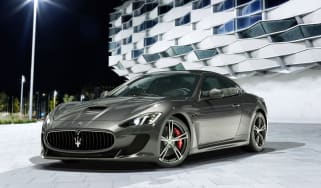 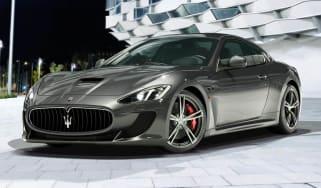 The Maserati GranTurismo MC Stradale has been updated, and is now available with four seats
Visit/maserati/granturismo/14362/maserati-granturismo-sport-vs-supercoupe-rivals 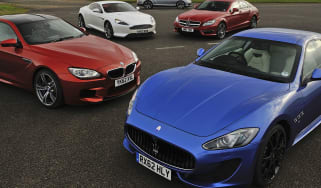 Maseratis are all too often overlooked. We find out why they don’t deserve to be, by comparing the new 454bhp GranTurismo Sport against the Mercedes C…
Visit/news/evonews/287281/evo_magazine_january_2013.html 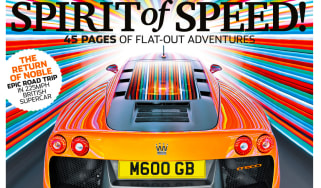 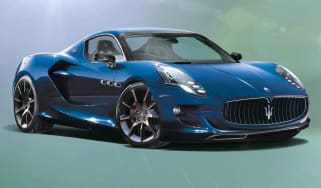 Maserati has a rival for the new Porsche 911 GT3 up its sleeve - a mid-engined, V8-powered GranSport supercar
Visit/maserati/granturismo/7150/2012-maserati-granturismo-sport-review 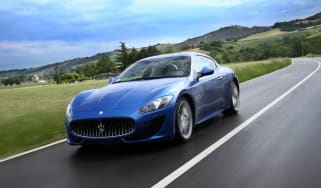 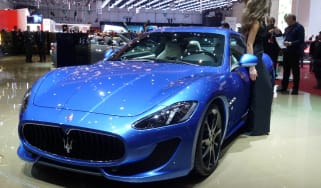 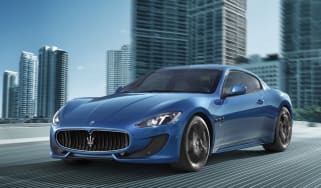 Maserati reveals details on a new GranTurismo Sport model, to be launched at Geneva
Advertisement
Visit/maserati/granturismo/12173/video-harry-metcalfes-maserati-granturismo-s 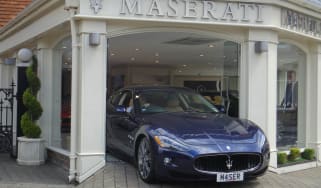 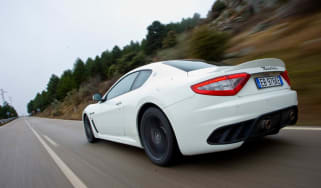 See the new Maserati GranTurismo MC Stradale in action on video. Hear the V8's howl and see how keen it is to slide...
Visit/maserati/granturismo/11339/maserati-granturismo-mc-stradale 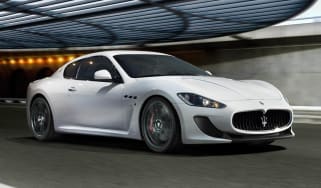 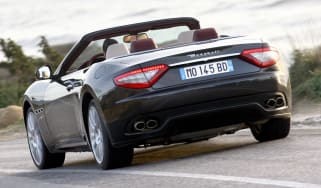 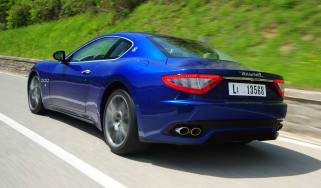 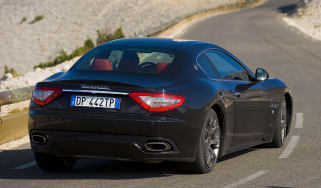 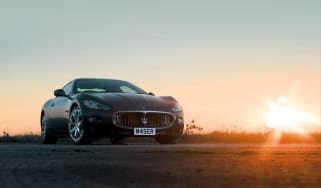 The GranTurismo was nigh-on perfect, but a cold calculation based on the car's depreciation had to be made...
Visit/maserati/granturismo/9200/maserati-granturismo 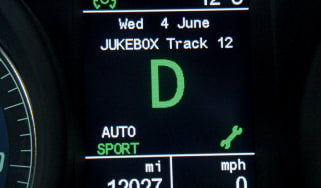 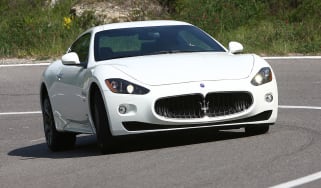 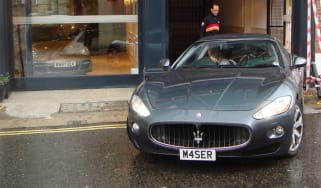 Four new tyres were needed for the Maser as the odometer clicked past 9,000 miles....
Advertisement
Visit/maserati/granturismo/9110/maserati-granturismo 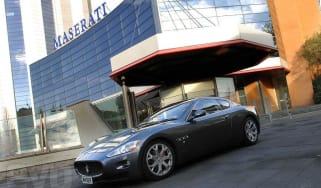 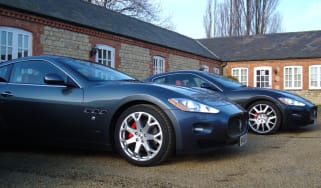