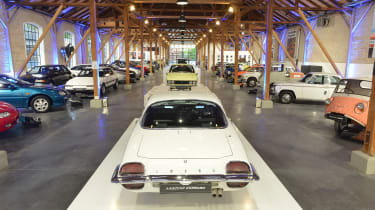 With a fine reputation for creating well-engineered, driver-focused cars using innovative technologies and making some very competitive race machinery, Mazda is an intriguing car company. It has, for many years, offered specialist sports cars like the MX-5 and RX-7 alongside its range of more conventional vehicles.

> Read our review of the latest Mazda MX-5

Now, as the Hiroshima-based manufacturer closes in on its 100th year, it has set up a museum in Europe - the first Mazda museum outside of Japan. The new display is in Augsburg, Germany and has been set up by Auto Frey, a local dealership, and Mazda Germany. The doors open to the public for the first time on 13th May 2017. 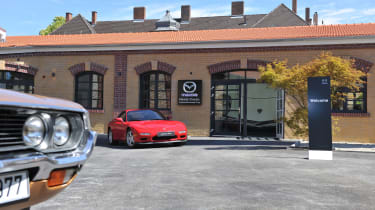 Officially called Frey’s Mazda Classic Car Museum, the exhibition consists of 45 vintage Mazdas. As well as sports cars from the marque’s history, there will be more ordinary passenger cars and commercial vehicles on display. Many of the cars in the museum have been taken from the Frey family’s own collection.

Despite being located in Germany, the museum isn’t restricted to just Mazdas officially sold in Europe. The collection consists of cars throughout Mazda's history, even ones that were never officially imported to this continent.

The brand’s famous rotary sports cars are represented by a 1967 Cosmo Sport, 1969 Luce RX87 and 1992 RX-7. Also on display is another one of its sports cars, the AZ-1. Despite it's more conventional engine, it’s no less quirky than the Wankel engined cars and is mid-engined with a fibreglass body, gullwing doors and yet is still small enough to be classed as a kei car. 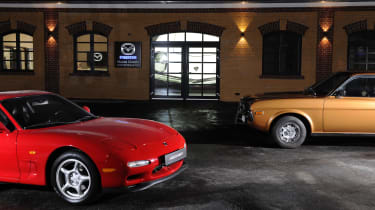 Also in the museum will be a three-wheeled Mazda pick-up called a K360, Mazda’s R360 – which was the company’s first mass-produced car but looks just as peculiar as some of its niche cars –  and the first model to be officially sold in Germany, the 616.

The building the museum is based in is an old, converted tram shed and as well as space for the main exhibition, there’s an events area, restaurants and, most importantly, a gift shop.