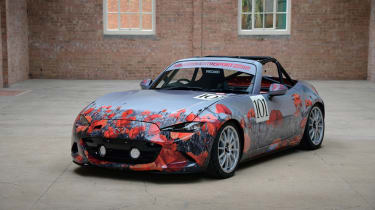 The Mk4 Mazda MX-5 will make its UK race debut in The Race of Remembrance at Anglesey Circuit this weekend. The race-prepared MX-5 has been provided by event sponsor Mazda UK and will be run by the Mission Motorsport team – which includes several ex-service men and women who have been injured and affected by military operations.

The car, which is a 1.5-litre model, has been wrapped in full poppy livery to commemorate the sacrifices made by service personnel and their families, as well as to mark the 101st anniversary of the First World War. It'll be raced by Rifleman Sam Parker and Rifleman Matt Noakes. 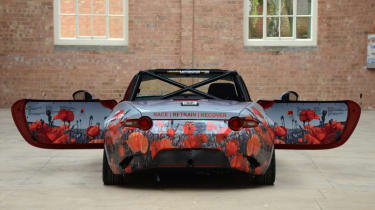 The team and Mission Motorsport charity provides ex-service personnel with an unprecedented opportunity to put their engineering skills to the test in a competitive environment – experience that can help (and has helped) many to re-enter work.

James Cameron, Mission Motorsport charity CEO and friend of evo, said: ‘Mazda's support of this fantastic event is incredible.  Race of Remembrance has fast become an institution – and we are very excited to be building the first 1.5 Mk4 MX-5 racecar in the UK, which will debut in the race, driven by two Mission Motorsport beneficiaries. The inaugural Race of Remembrance last year was a transformational event both on and off track for the servicemen and veterans involved.  For some, it was truly life changing, leading to training opportunities, and full time employment.’ 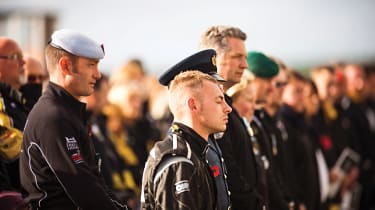 The Mission Motorsport car won’t be the only Mk4 MX-5 in the 1000km race, because privateer team Roddisons Motorsport is also entering one, albeit with a larger 2-litre engine under the bonnet. There will also be 12 other MX-5s of various generations in the race, cementing the 26-year-old model as a firm favourite for the event. In total, 45 teams are entering cars into this weekend’s race.

Some of you may remember evo’s Dan Prosser took part in last year’s race, as reported on in evo 204. Like last year, this year’s race will also include a moment’s silence at 11am on Sunday, two hours into the Sunday part of the two-day race. Cars will pull into parc ferme and drivers will join their teams, friends and families to observe a military parade in tribute to those lost while serving their country. 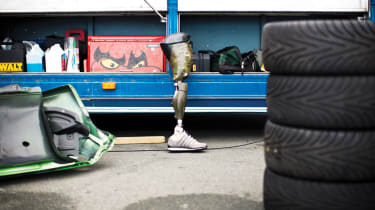 Also on the agenda is a supercar event, rock concert, Formula One demo and firework display. 10 hours of live coverage will be broadcast on Motors TV too. The race kicks off at 16:00 on Saturday 7th November before pausing at 19:00. It recommences on Sunday at 09:00 and the chequered flag falls at 15:30. You can find out more and support Mission Motorsport by visiting its website here.