McLaren to support 'Make it in Great Britain'

The woking-based McLaren Group will be spearheading the Government's new 'Make it in Great Britain' campaign. 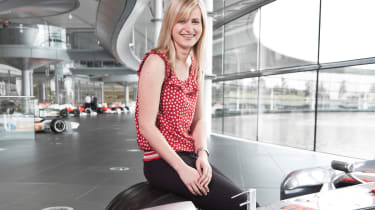 The McLaren Group has fought off stiff competition from hundreds of UK businesses to spearhead the governments ‘Make it in Great Britain’ campaign.

The initiative, designed to challenge outdated preconceptions, and promote manufacturing excellence in the UK will be hosted at the Science Museum during the 2012 Olympic and Paralympic Games.

Expect to see the Vodafone McLaren Formula 1 car, as well the 12C and a specialised S-Works-McLaren Venge road bicycle.

As part of the campaign, Bernadette Collins, one of McLaren’s rising young stars, has been selected to represent the McLaren Group - promoting careers in the engineering and manufacturing industries to the next generation of young minds.