In 2012, evo took a McLaren 12C on an epic road trip through Morocco. Here's a look back at a memorable journey 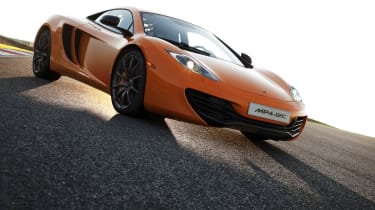 In 2012 Henry Catchpole set off on a road trip of epic proportions, taking the McLaren 12C supercar across the beaten track of Morocco. In the video above, he reminisces about the trip. Below is an intro to the trip from his original feature, the full 3900-word version of which can be found in evo issue 172…

‘We are going to try to drive a 350-mile loop through the High Atlas Mountains south of Marrakech. It sounds good, but the only real reasons I have for doing this are a passing recommendation from Peter Stevens (designer of the Impreza P1, the MG SV and some previous McLaren or other) and a few interesting pictures from Google. If it’s as spectacular as I’m hoping, then it’s a road that deserves a supercar. Equally, if parts of it are as rough as I fear, then it’s going to require a car with a ride more akin to a Land Cruiser. My hope is that the MP4‑12C and its ProActive Chassis Control will be able to deliver the best of both worlds. That’s a lot of hoping.

‘In order to get to Marrakech, the first thing we have to do is drive about 400 miles of motorway south-west past Rabat (the capital city) and Casablanca (the country’s largest city). The McLaren is great at this sort of journey; it is perfectly happy to mooch and doesn’t constantly seem to be straining at the leash or nagging at you for not keeping the turbos glowing. ‘Comfortable’ and ‘relaxed’ are not top of any supercar tick-list, but when you just want to get somewhere then the ability to leave the 12C in auto and munch miles without any stress is a real boon. It makes it a car that, for all its fancy doors and 592bhp, you’re much more likely to jump into and use more often, which is good. We even averaged over 25mpg on the motorway.

‘Initially the countryside is essentially rather similar to Portugal or Spain.  There are decent services, lots of péage-type toll-booths and, aside from road signs in both French and Arabic, a few flocks of formation-flying egrets, a coach attempting a U-turn and the odd wandering sheep, it would be hard to tell you weren’t north of the Mediterranean. I’ve been warned that the police are quite hot on speed limits though, so I set the cruise control to 120kph (75mph) and Dean and I settle in for the journey.’