365 cars down the line, the McLaren P1 has ended production 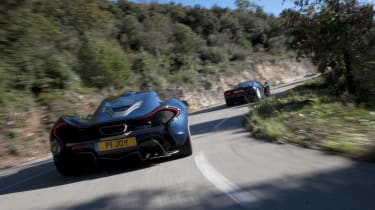 Freddie Mercury. Pulp Fiction. The 1966 England eleven. All tough acts to follow, but none quite as tough as the McLaren F1.

No hypercar may ever reach the legendary status attained by McLaren’s first dabble in the genre, but in the McLaren P1, through hard work, technology and performance, McLaren has got awfully close.

It’s also the end of another chapter in the firm’s hypercar novel, as the 365th and final example of the P1 is now complete and on its way to a no-doubt delighted owner.

Whether McLaren has met its goal of producing “the best drivers’ car on road and track” is open to interpretation – it’s certainly a close-run thing between the McLaren and its LaFerrari and Porsche 918 Spyder rivals – but there’s little doubt the £866,000, 903bhp, 217mph hybrid supercar has defined the brand since it went into production in 2013.

Facing up to its contemporary challengers may have been a stern test, but evo put the P1 up against its greatest opponent in issue 205 – the F1. While we described the older car as ‘an impossible act to surpass’, the P1 still shone.

‘Driving a fully lit P1 has been likened to riding a firework. It’s intense and exhilarating and, if you attempt to deploy the IPAS battery boost or trigger the DRS system, a stern test of your ability to multi-task’ described evo’s Richard Meaden.

‘Of course both are gimmicks, but I’d be lying if I said there isn’t endless fun to be had from feeling the surreal thump of battery power supplementing the on-boost V8. It’s genuinely like you’ve pressed the fast-forward button.’

While that car was beautifully painted in Genesis Blue – to match the hue of the owner’s F1 – the final P1 is finished pearlescent orange. It’s a fitting colour for the company, and matches McLaren F1 chassis #075, the 64th and final F1 road car. 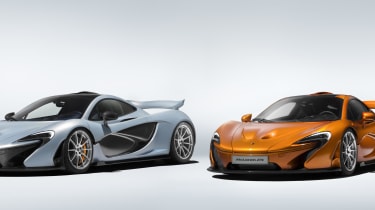 Some interesting factoids: All P1s were sold prior to the first mode being delivered. Each car was custom-built to the owners’ specifications, and each car took an average of 17 days to complete.

It would be foolish to say – unlike the F1 – that we’ll never see the P1’s like again. As we’ve seen from the pace of supercar development over the last few years, emissions regulations, safety standards and other limiting factors have done little to stem ever-increasing performance levels and technological progress. But it’s certainly hard to imagine what a successor to the spectacular P1 might be like.

You can watch our three videos to the P1 below - our initial drive of the car, our test against the McLaren F1, and our London Motor Film Festival award-winning film of Jethro Bovingdon comparing the car on track to Porsche's 918 Spyder.