All the teams, all the details 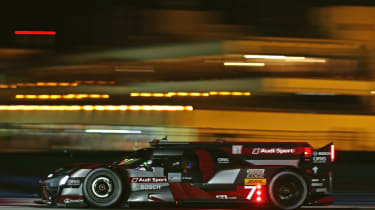 This weekend will see the World Endurance Championship commence, with Silverstone hosting the opening six-hour race on the 17th April.

The hotly contested LMP1 class will see Audi and Toyota take on defending LMP1 champions Porsche. Toyota, which was significantly down on pace in 2015, has made significant changes to its car, bringing in a new twin-turbo V6 powertrain to replace its previous naturally aspirated V8.

The Toyota TS050 will be driven by ex Formula 1 driver Kamui Kobayashi as well as Stephane Sarrazin and Mike Conway. Anthony Davison, Sebastien Buemi and Kazuki Nakajima will be driving Toyota’s second car.

Audi will retain its driver line-up for the R18 diesel hybrid race car, but this year has opted to ditch its flywheel energy storage system and instead implemented a lithium-ion battery similar to that used in Porsche’s championship winning 919 Hybrid. 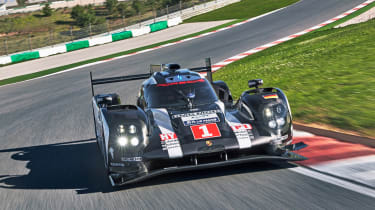 Marcel Fassler, Andre Lotterer, Benoit Treluyer, Lucas di Grassi, Loic Duval and Oliver Jarvis will all be piloting the R18, but following on from cutbacks in the VW Group emissions scandal, the brand won’t be running a third car at Spa or Le Mans, with Porsche also doing the same.

Reigning champion Porsche has made less drastic revisions to its hugely successful 919 Hybrid car. The same 2-litre turbocharged four-cylinder petrol engine remains, as does the basic chassis structure of the car. 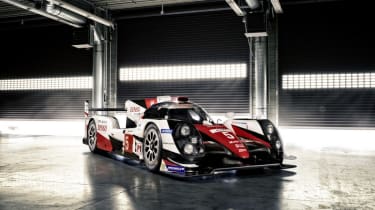 Improvements in efficiency mean that the 919 will be able to go longer between pit stops, while aerodynamics are now more adjustable, making it easier for the team to switch between setups. The car is also lighter.

As for the Porsche driver line-up, Mark Webber remains, with the rest of the team - Brendon Hartley, Timo Bernhard, Romain Dumas, Neel Jani and Marc Lieb also competing. The lack of a third car means legendary Brit Nick Tandy won’t be able to repeat his win in 2016.

LMP2 is as exciting as ever but sees some significant team changes in 2016. Renault’s rekindled Alpine performance brand will be competing, as will British team Jota Sport.

American team ESM has already shown significant successes at Daytona and Sebring this year, so expect them to be highly competitive, while SMP Racing too appears to have a strong car and line-up. 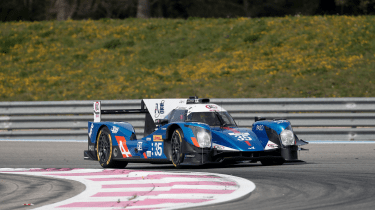 Alpine has a big year in 2016, with the manufacturer not only launching a road car, but unveiling a new A460 LMP2 car complete with a FIA-homologated chassis and closed cockpit. It’ll be the first closed cockpit Alpine endurance race car since the A220 of 1969.

Produced as part of the Renault-Nissan racing alliance, it utilises a 4.5-litre V8 which produces around 550bhp. For those interested, you can see the previous generation Alpine car in action here, with evo’s Richard Meaden taking it for a drive.

All eyes will be on the GT class in 2016 as Ford and Ferrari rekindle a battle that Le Mans hasn’t seen in 60 years. The new Ford GT race car will be taking on Ferrari’s 488 racer, with Aston Martin, Porsche and Corvette also competing.

Ford will feature an all British driver line-up of Marino Franchitti, Harry Tincknell and Andy Priaulx. The GT will utilise a race-prepped version of the 3.5-litre V6 EcoBoost motor found in the road-going GT supercar. 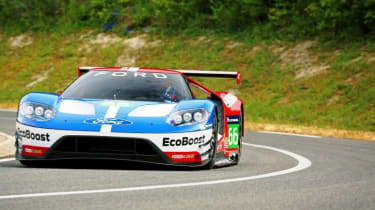 evo will be live at the opening Silverstone round of the WEC this weekend, so make sure to check back on our Facebook, Twitter and Instagram pages for regular updates from the race.