With news of Lee Noble's new company, we look at his previous performance cars 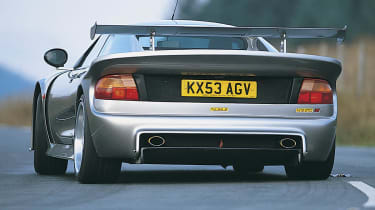 With the news of Lee Noble's new venture, Fenix Automotive, we thought we'd have a look through his past performance cars under the Noble name. Noble Automotive was founded by Lee in 1998, and launched its M10 roadster a year later. However, the real accolades and attention were saved for the M12 coupe. There were several derivatives of the model – the GTO, GTO-3R and M400 being highlights – and it helped contribute to sales of around 1500 Nobles sold under Lee, most in the UK but some in the US, Russia and even New Zealand. The ill-fated M15 concept was Lee’s last car at Noble before leaving and now, in 2009, taking charge at Fenix. Keep a keen eye on evo.co.uk for the latest news on his sub-£75K supercar.

Noble Automotive has gone on to produce the M600, which did rather well in our Car of the Year shootout. Click to read about Fenix Automotive, Lee’s new project See the Lotus Esprit V8 take on the Noble M12 GTO Follow evo on Twitter for the latest performance car news