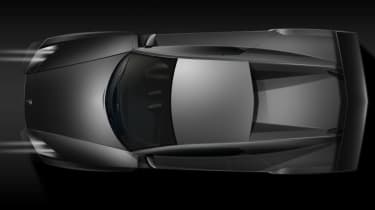 Pictures of the first supercar by Fenix Automotive, the new company spearheaded by ex-Noble Automotive front man Lee Noble, have been revealed. Due on sale later in August, the numbers look impressive at first glance. A pair of GM engines will provide the grunt – an LS3 V8 will be the entry-level car, with 480bhp on tap. For the more power-hungry among us, a 638bhp supercharged LS9 (the same one you’ll find in the Corvette ZR1) will find its way into the space behind the seats.  Performance figures are only a guess at present, but an estimated kerb weight of 1200kg means a sub-seven second sprint to 100mph and a top speed past the magic 200mph milestone are very much on the cards.  You could be forgiven for pointing out the obvious similarities between the car pictured and an offering from Koenigsegg. Lee is quick to point out this car is a step forward from his last car, the Noble M12. ‘The new car’s styling owes nothing to what I’ve done before and has quite literally been a ‘clean sheet’ exercise from the start. It’s edgy, with powerful lines, and aerodynamically will be in another league to any of my previous cars.’ The car will have a steel chassis and composite body, with room for two people including the driver. It will be built in South Africa, before being honed on UK roads. Prices are expected to start at around £75,000, which makes this car considerably cheaper than others of a similar ilk. There’s nothing remotely Koenigsegg about that kind of bottom line.  To find out more about Fenix, and the man who’s running the show, check out the news section of this month’s evo Magazine - Issue 140 - for an extensive interview with Lee Noble.  Click here to peruse pictures of Lee Noble’s past performance cars Follow evo on Twitter or on Facebook for the latest car news + views