Bristol has gone into administration. We look over the history of a unique British sports car maker 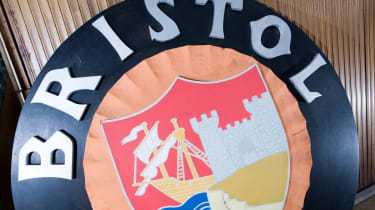 Bristol Cars, the long-established maker of low-volume, hand-built British sports cars, has gone into administration. The firm’s sales have operated through a single showroom on Kensington High Street for sixty-five years and, despite redundancies having already occurred, the administrators are keen to save the marque.            Tom MacLennan and Trevor Binyon from RSM Tenon are the appointed administrators. MacLennan told BBC Bristol: ‘We are maintaining the sales and service operations so customers will continue to be supported’. He also added that they were confident that investors could be found to save Bristol.            Toby Silverton has owned Bristol since 2001, having spent most of its life under the stewardship of eccentric former racing driver Tony Crook. A lack of investment, forcing the company to continue with old technology, is said to be the biggest contributor to Bristol’s demise.            Since 1946, Bristol has been hand-producing sports cars from its factory in Filton. Originally an aeroplane company making the Blenheim and Beaufighter aeroplanes for the RAF, Bristol expanded into car manufacturing post-WWII in an attempt to utilise its excess factory capacity and keep its employees occupied. Its first model, the Type 400, was produced between 1946 and 1950. Powered by an 80bhp 2.0-litre straight-six engine, it was unlike later Bristols in that it had a steel, rather than aluminium body.            The 400 was joined by the 401 in 1948. Development of the 401 continued through Types 402 and 403 until 1953. This is when the 404 arrived and marked a radical styling departure for the brand, removing previous BMW aesthetic influence.            From 1961, all Bristols received Chrysler powerplants, a relationship that has endured to the present day with the ‘Viper’ SRT-10 derived V10 still found in the extraordinary Fighter supercar. The first Bristol to be powered by a Chrysler V8 was the Type 407 convertible.            Arguably Bristol’s best-known model, the Blenheim, was launched in 1994 and replaced both the Brigand and Britannia. It continues on sale to this day, still with the same 6-litre Chrysler V8 but now available with the option of a factory-fitted LPG conversion.            The Fighter, Bristol’s supercar, was launched in 2004, powered by a 525bhp Chrysler V10. Development of the V10 has produced the 628bhp ‘S’ version and the ludicrously powerful 1012 bhp, turbocharged ‘T’ version. The latter is apparently capable of 270mph but is limited to 225mph. We’ve never driven it to see if such potency is present in correct, and sadly it looks like we may never get the chance.