'A Day in the Life of an Audi Driver', Audi's innovative Le Mans 24 hour TV commercial 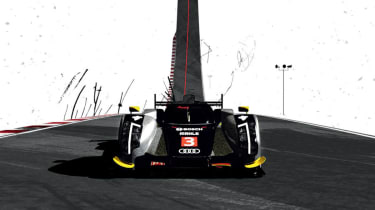 Anyone watching the 2011 Champions League Final at the weekend may have seen an unusual and innovative Le Mans advertisement from Audi.  The 2.5-minute television ad was shown in both 2D and 3D formats, and is presented and narrated by former Le Mans 24-hour winner and current Audi factory driver Allan McNish. The advert is a mixture of live action and animation, with McNish explaining how the mix of his driving expertise and the trust which his whole racing team has in each other have combined to help him succeed at one of the world’s toughest motor races. It also brings Le Mans to life for sports fans who may never have experienced the race. If you missed it, don’t worry, you can see the clip above. And if you want to experience it in all its three-dimensional glory, it will be screened in 3D cinemas nationwide. Read about Audi’s 2011 Le Mans 24-hour racing car, the R18 Read about the Peugeot challenger it will battle for glory