Spyker has entered into a partnership with Chinese car manufacturer Youngman, which will build cars on the Saab Phoenix platform 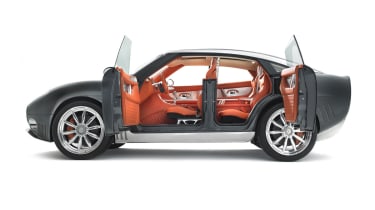 Following the demise of Saab, Spyker has formally entered into a partnership with the Chinese car manufacturer Youngman - which has bought a 29.9 percent stake in the Dutch company for a reported €10m (£7,900,000).

Spyker owns the rights to use the Saab-developed Phoenix platform, which would have underpinned the next generation 9-3. Spyker and Youngman intend to continue development of a new luxury model range - without use of the Saab name.

Spyker CEO Victor Muller has stated that cars based on the new platform will begin production in China and Europe after about two years. The new model range, currently called ‘Spyker Phoenix’, will be much more upmarket than previous Saab models and according to Muller ‘It will be much more of a Spyker, with some Saab traits’.

This move follows Spyker’s £1.7bn US lawsuit against General Motors over allegations that its unlawful actions stopped the company from securing much-needed investment before it went into liquidation.

Youngman has also invested a further €25m into Spyker, to fund the development of the D8 P2P, a luxury SUV concept that made its first appearance in 2006 as the D12 P2P concept.