Top 10 most expensive cars BOTB has given away - pictures

Best of the Best has given away £15 million worth of dream cars. We've compiled a gallery of the 10 most expensive 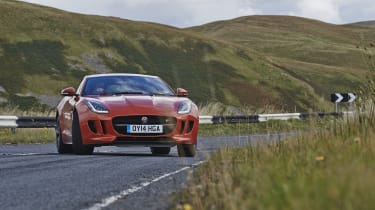 Founded in 1999 and about to celebrate its fifteenth anniversary, Best of the Best is giving away four luxury cars throughout November. No, it’s not gone completely bonkers, this is what BOTB does.

You may have spotted the London-based supercar competition company’s stands at various locations across the UK, including airport duty-free areas and shopping centres. Offering people the chance to enter into its prize draw to win expensive exotica ranging from a Ferrari California to Jaguar F-type Coupe R, BOTB has given away over £15 million worth of metal since its inception in ‘99.

To celebrate its fifteenth year, BOTB’s decided to up its giveaways from two to four this month. It admits it’ll be a logistical challenge, but as evident from company founder Will Hinmarch’s enthusiasm, it’s a highly rewarding job.

‘We’ve sprayed our fair share of champagne and I’ve been hugged more times than I can remember, but that’s why this business is so special,’ explains Will. ‘We’ve surprised nearly 250 people with their dream car since we started, both in the UK and from as far afield as Australia and Hong Kong. Many of our winners have traded up from a Ford to a Ferrari or an Alfa to an Aston Martin overnight and it’s been completely life-changing.’

We wanted to get in on the action, so thought we’d celebrate BOTB’s heart-warming story by compiling an evo gallery of its 10 biggest value giveaways. So have a flick through the images above and let us know in the comments below, which would you most loved to have won?

If you want to enter into its four car giveaway this month, you can do on BOTB's website here. Who knows, you could be enjoying the Christmas break in something a little more evo...