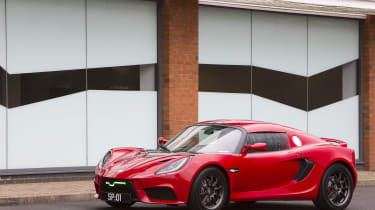 Detroit Electric, the early 20th century electric vehicle brand resurrected in 2008 to produce a new electric sports car, has announced a large capital injection that it plans to use to fund a whole family of electric vehicles.

The company has signed a joint venture with China's Far East Smarter Energy Group to secure $1.8 billion of investment, $370 million of which will be invested into Detroit Electric's European arm over the next four years.

This capital will be used to fund homologation of the SP:01 - an electric sports car built, like the Tesla Roadster, on the platform of the Lotus Elise, and is set to be produced at a facility in Leamington Spa.

It'll also help to create 120 new engineering jobs and 100 manufacturing roles, with more than 400 new jobs expected to be created by 2020 and expansion of the firm's UK factory. Production of the SP:01 is scheduled to begin later this year. That's a little later than intended - last time we covered the SP:01, back in 2015, production was scheduled for 2016.

Like Tesla, the SP:01 should be only the initial stage of a whole family of electric vehicles from the reborn brand, better known as one of the first major car companies. Detroit Electric originally set up in 1907 in Detroit, Michigan alongside many of motoring's other pioneers.

Detroit Electric is targeting global sales of 100,000 by 2020 - a number certainly not out of reach, particularly if the firm leverages its new Chinese connections and exploits the rapidly growing Chinese market. 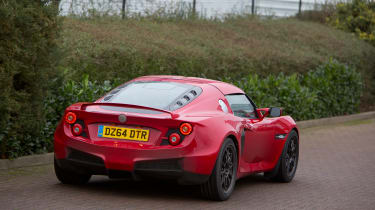 These images show the final interior and exterior designs of Detroit Electric’s delayed sports car, the British-built SP:01, which is set to land another blow for the zero-emission performance car cause..

If the design seems familiar it’s because the SP:01 – like the Tesla Roadster before it – is built on a Lotus Elise chassis and shares the facelifted Series 2's junior supercar aesthetics. The only major change from that car and earlier SP:01 prototypes comes in the form of a fastback, which replaces the Lotus’ flat engine cover and buttresses. Unlike the glassfibre Elise, the bodywork is wrought in carbonfibre.

Detroit Electric has also outfitted the SP:01 with a modest wing and an underbody diffuser, which it says will together reduce lift and improve handling at higher speeds.

Elise owners will feel at home sat inside the SP:01, as the steering wheel, instrument binnacle, seats (trimmed in Alcantara), dash and false transmission tunnel – in fact, the entire cabin architecture – all comes from Lotus. Anybody over six feet tall should consider himself or herself warned. 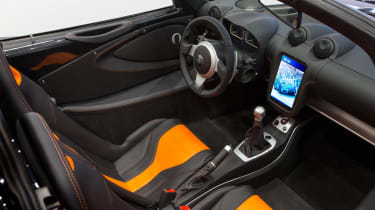 An 8.4-inch Tesla-style tablet is new, however, and replaces conventional switchgear. Through it battery charging, satellite navigation and entertainment apps can be controlled, while internet access is also available.

While the SP:01’s styling is hardly original, the powertrain couldn’t be further away from the four-cylinder K-series engines originally found in the Hethel’s donor car. The SP:01 is purely electric and both its 282bhp electric motor and battery pack sit behind the driver, sending power to the rear wheels. Both a single and two-speed automatic transmissions will be offered.

Performance is strong and, with a whipcrack 0-60mph time of 3.7 seconds and top speed of 155mph - which should allay any cynicism until road tests are in. Nevertheless, the SP:01’s electric performance is not unprecedented, with several electric car firms now fielding cars in the 2-second range, Tesla's Roadster, which debuted in 2008, recorded a time of 3.7 seconds.

Neither Tesla quite matches the driving appeal of conventional rivals beyond eye-watering straight-line speed, though, so there’s an opportunity for Detroit Electric to break new ground. We’ll have to wait to find out whether it has taken that opportunity.