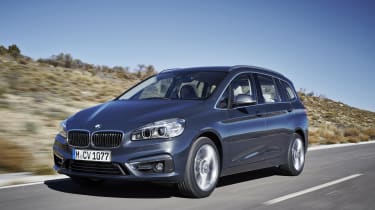 For some, the new BMW 2-series Gran Tourer will push BMW’s credibility to breaking point.

More so even than a four-wheel drive, diesel Porsche, a front-wheel drive BMW mini-MPV is so far removed from the brand’s traditional perception that it’s much harder to reconcile.

Nevertheless, that’s the car BMW has made and the vehicle you see here. It squeezes seven seats – well, five plus an optional third row – into a 4556mm platform, 124mm longer than a BMW 2-series coupe and 214mm longer than the car that it shares most in common with, the BMW 2-series Active Tourer.

A six-speed manual is standard in each, with the option of BMW’s eight-speed Steptronic auto. Performance figures are at least more familiar to BMW drivers than the car’s form, the 218i hitting 62mph in 9.5sec and the 220i reaching the same velocity in 7.7sec. The latter also reaches 139mph. 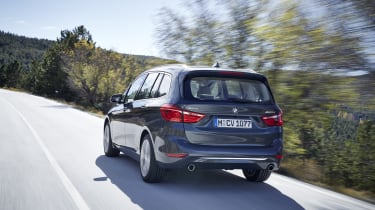 That BMW describes the car’s luggage capacity before its suspension setup gives some idea as to the car’s role. For the record, those numbers include 645 to 805 litres of load space depending on the position of the middle row of seats, while 1905 litres are available with the seats folded.

The underpinnings are much like those of BMW’s other front-wheel drive products, namely the Mini range. At the front is a pair of struts, and rear suspension is handled by a multi-link setup. BMW promises the electromechanical power steering delivers precision and feedback and optional M Sport suspension shaves 10mm from the ride height. 17in or 18in wheels are also available, if you plan on firming up the ride of your family-biased people-mover.

Pricing details have not yet been announced.