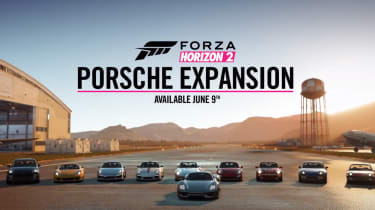 The 918 Spyder, 997 911 GT3 RS and Cayman GTS join seven other Porsches in a new expansion pack available to download on the Xbox One game Forza Horizon 2. The cars are joined by 10 new Porsche-themed Bucket List events and 10 exclusive Porsche Rivals events, which will enable gamers to race Porsches through existing areas in Horizon 2’s Southern Europe locations.

The Expansion has enabled EA to create 15 new achievements worth as much as 500 Gamescore points in Xbox Live. Some of the new pack’s features are also due to be integrated into Forza Motorsport 6, as part of an agreement secured between Porsche, EA and Xbox. 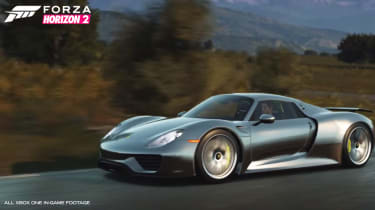 The latest Expansion is available to download now for $9.99 (UK prices are yet to be confirmed, but £7.99 seems likely). Its inclusion on Horizon 2 represents one of the first times players can drive Porsches on a console game - previously leading titles, including Gran Turismo, had failed to secure a deal with Porsche.

We recently tested Forza Horizon 2 for evo Engage, where we were impressed by its incredibly detailed imagery and sharp graphics, but struggled with the Xbox One’s standard controller. Whether its slow joypad responses will be effective enough to enable players to handle all 875bhp of the hybrid 918 Spyder remains to be seen.

You can view the new pack’s official trailer above. A full listing of the Expansion pack cars is provided below: