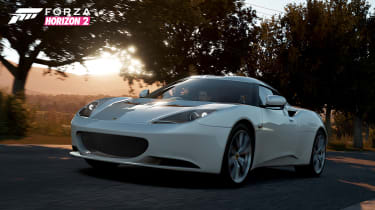 The hype may be building for Forza Motorsport 6, Turn 10 Studios’ latest on-track racer, but there’s plenty of mileage left in Forza Horizon 2 – an open-world driving game set on the French Riviera.

The IGN Car Pack is the latest roster of vehicles to be added to the game, bolstering its content even further. Six new cars are included in the pack, covering a wide range of automotive tastes.

The first, a 2002 Ferrari 575M Maranello, is completely free with the pack. Once criticised for its styling, the 575 (and 550 that preceded it) now look better every day, and it’s sure to be one of the more entertaining vehicles in the game with its 508bhp V12.

Another V12 making an appearance in the pack is the 2013 Aston Martin V12 Vantage S. With 565bhp it’s even more potent than the Ferrari, though like other cars in Horizon 2, it’ll be ripe for further tuning and visual alterations.

The car pack is available now from the Xbox Store, for $5. You can watch the cars in action in the video below.

Top Drives is the ultimate test of your performance car knowledge on your mobile. It’s like Top Trumps, but with cars, and racing!
Best driving games out now