Nürburgring speed limits to be lifted in 2016 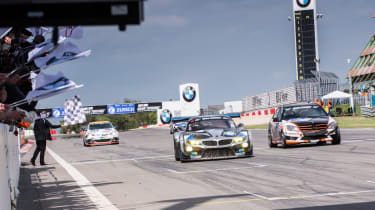 The owner of the Nürburgring, Capricorn Nürburgring GmbH, has announced that the speed limits currently enforced on the Nordschleife will be lifted after several circuit alterations are completed in 2016. A total of 16 changes will be made to the world-famous circuit, all with the intention of improving safety – particularly for spectators.

Top of the list of modifications is a new surface for 500 metres of Flugplatz, which will iron out five of the section’s biggest bumps. Though the bumps have long been crowd pleasers – they often send cars jumping into the air in spectacular fashion – a fatal accident in March (which launched a car over catch fencing and into a spectator) confirmed the dangers of such features. 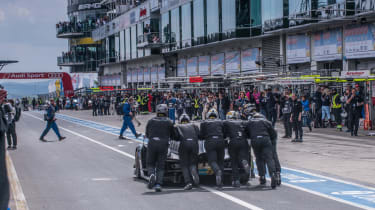 To further improve safety, extra guardrails and catch fencing will be added, while the high-speed Schwedenkreuz section will also feature a spectator no-go zone. Work starts in November, with seven of the 16 changes planned for completion before the 2016 race season commences. The rest are due to be added gradually over the coming years.

Before work can start, the proposed changes have to be approved by the German Motorsport Association, the DMSB, and the FIA. Yet Capricorn Nürburgring GmbH appears confident it’ll get the green light, confirming it has extensively researched all options and been involved in discussions with experts from across the automotive and motorsport industries. 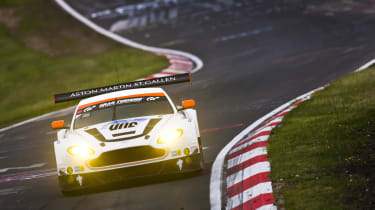 While making so many adjustments to one of the world’s most iconic racing circuits may seem sacrilegious to some, Capricorn Nürburgring GmbH has confirmed this was the only option available to allow racing to continue. Managing director Carsten Schumacher is confident the charm of the ‘Ring will not be lost: ‘The unique character of the Nordshleife remains. This is not only important for racing but also the industry that for decades has tested its vehicles here’.

Currently cars are limited to 125mph in Flugplatz, Schwedenkreuz and Antoniusbuche, and 155mph on the Döttinger Höhe straight. Races that have been affected by the limits include the Nürburgring 24 Hours and all VLN races since the fateful accident, while manufacturers have been unable to set flat-out laps like the awe-inspiring 6min 59sec run of Marco Mapelli in the Lamborghini Aventador LP750-4 SV. 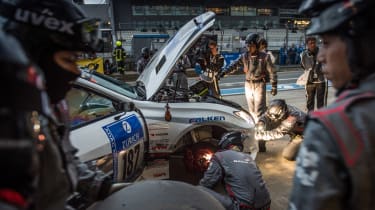 evo's Richard Meaden, who has raced at the N24, suggested earlier in the year that the cars themselves may be changed to reduce speeds: 'I think they’ve got to make the cars compatible with the track,’ he said. ‘Drastic changes to aerodynamics would make sense, but then they can’t start hobbling GT3 cars to a point that the factory teams don’t want to run them'. However, this latest announcement suggests Nürburgring's fastest racers will remain unchanged.

We'll have to wait until next year to find out what effects the updated circuit has on racing spectacle, though we doubt it'll be much. Why? Just look at the breathtaking images of the 2015 N24 in our gallery. They prove jumps form just a tiny part of the circuit's breathtaking sights.