Circuit owner will convert former military base into Laon Autodrome 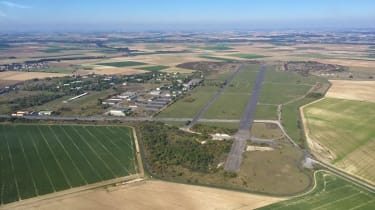 MotorSport Vision has announced that it will be building a state-of-the-art motorsport complex at a former military base in northeast France. If plans go forward, the Laon Autodrome will feature a five-mile circuit with a 1.5-mile straight, and could host four large-scale race events each year from 2018.

When completed, the Autodrome's main straight would be more than double the length of the longest in F1 – found at China’s Shanghai International Circuit – and should see speeds in excess of 200mph reached. Like MSV’s Bedford Autodrome, the new circuit will feature plenty of run-off areas, making it a safe playground for trackday goers.

Currently, the 1263-acre location – which is three times the size of Bedford Autodrome – features two disused runways and over 60 buildings. But MSV’s French arm, MSV France, intends to convert the land into several circuits housed within the main track, to be used for rallying, 4x4 courses, driver training and drag racing. A 1000-metre oval will also play host to oval racing. 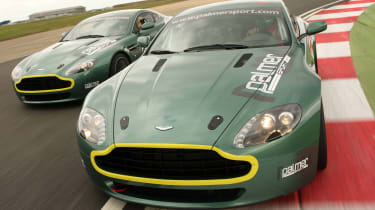 Not everything will be new however, as some existing infrastructure will be kept, including vehicle workshops, accommodation and restaurants. With such a range of facilities, the location will be capable of hosting GT, sports prototype, historic and club racing for both four and two wheel classes.

Aside from the new French complex and Bedford Autodrome (the circuit featured in the above and below pics), MSV also runs Brands Hatch, Oulton Park, Cadwell Park and Snetterton – all of which are based in the UK. Laon Autodrome will enable MSV to significantly increase its presence and influence in mainland Europe. 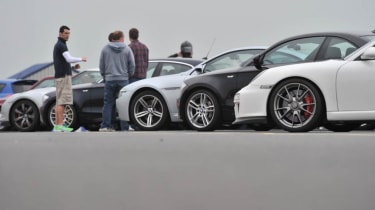 Once all permits have been received and the work is fully authorised, phase one of construction will commence in spring 2017. MSV expects to open the Laon Autodrome for business in April 2018.

Like many other European racing circuits, Laon Autodrome was previously used for military activity – it was originally called the Laon-Couvron aerodrome and opened in 1938 as a French Air Base. It was taken over by the Luftwaffe in 1940, before being handed over to the US Air Force until 1967. Control was returned to the French Army in 1980; the facility finally closed in 2012.