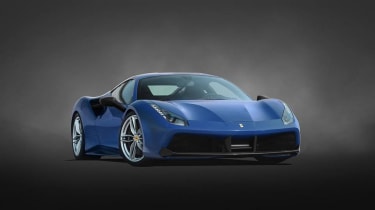 It was only a matter of time before a tuning company produced a ramped up version of Ferrari’s turbocharged 488 GTB. And just a few months into the model’s existence, Alpha-N Performance has done just that – upping the Italian supercar’s output to 779bhp and 634lb ft of torque.

That's a significant 118bhp and 74lb ft more than the standard car can manage and ensures that, on paper at least, an Alpha-N Performance worked 488 trumps the mighty Lamborghini Aventador SV and even Ferrari’s savagely fast F12tdf. 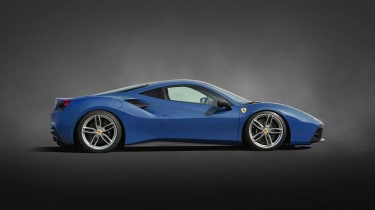 You might expect such an increase in power to require the 488’s 3.9-litre V8 to receive extensive internal modification, but no – thanks to the responsiveness of turbocharging, just a simple ‘EVOX’ ECU remap is required. The process of adding the map is so simple that Alpha-N Performance will even let owners add it themselves, using the firm’s ‘plug and play’ software.

In its standard state of tune, the 488 GTB has already left road testers questioning if it’s too fast for the road – Jethro Bovingdon has gone so far as to say that performance is so accessible, that you often find yourself short shifting in order to manage torque. With this in mind, we suspect more power could actually take from the car’s on-road driveability. 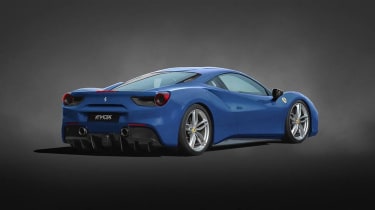 Either way, there’s no denying that a 779bhp 488 GTB appears highly impressive on paper. The standard car can sprint from 0 to 62mph in just three seconds and on to a 205mph top speed. If an Alpha-N Performance 488 can beat these numbers, it’d push the 488 GTB into proper hypercar territory.

Alpha-N Performance is charging €2,999 (about £2,116) for the remap. Adding the map will void the car’s manufacturer warranty, but given the significant performance gains on offer, we don’t doubt that many wealthy customers will be tempted.