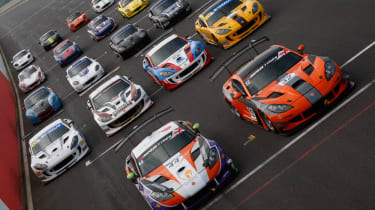 Ginetta has announced that it will be limiting testing and tweaking the structure of its classes for 2016 in a bid to make racing more cost effective. The four championships of Ginetta Junior, GT5 Challenge, GRDC+ and GT4 Supercup have also received new prizes, making it easier for winning drivers to progress through the ranks.

After the Ginetta media day at the start of the season, drivers in the GT4 Supercup and Junior championships will now only be allowed to test at championship venues during pre-event tests and official Friday testing. This will prevent drivers from organising their own private sessions, ensuring test mileage is limited to Ginetta run days. 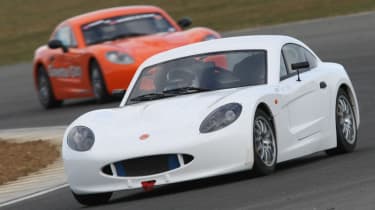 Ginetta Juniors drivers – who are aged between 14 and 17 years of age – will also be allowed to nominate one extra day of testing at each venue, while an extra five races will be added to the season calendar – Donington Park, Croft, Knockhill, Rockingham and Silverstone all now host three rounds. The extra races will replace Juniors’ free practice on Saturday mornings.

The GT5 Challenge, which features more potent Ginetta G40s, will also adopt a two-class format, made up of PRO (professional) and AM (amateur) drivers. This should help broaden the series’ appeal to drivers of a wider range of experience levels. The GT5 class also features a GRDC+ subclass for races at Brands Hatch, Silverstone, Spa Francorchamps and Donington Park. 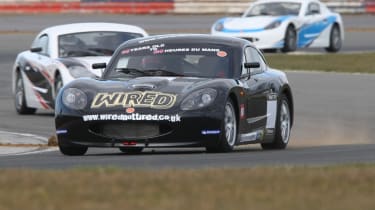 On top of this, the GT5 championship will receive minor adjustments to its race format. In 2016, the starting grid of each weekend’s first race will be based on qualifying results, but race two’s grid will be based on the results of race one, and the grid of race three will be based on a reverse grid draw – much like the system used in the BTCC.

The GT5 Challenge will even swap its usual role as British GT supporter to support the BTCC for two rounds, when Ginetta’s premiere class, the GT4 Supercup, sits out of May’s Thruxton round and June’s Croft round. As a result, the GT5 Challenge will miss the Rockingham and Snetterton rounds of British GT, enabling the GRDC+ class to race alone. 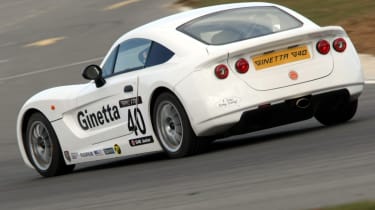 Ginetta has also revealed the prize packages for its 2016 winners, which have been designed to reward success with progression up the Ginetta ladder. A clear example comes with the Juniors’ prize – the winner will be loaned a Ginetta G55 GT4 to use in the 2017 Supercup season. The winner of the GRDC+ series will also be given free entry into the 2017 GT5 Challenge, while the winner of the GT5 Challenge will be given £5000 in Ginetta parts credit and a test in G55 GT4. The prize for the Supercup winner is yet to be confirmed.

With such a broad range of championships available, Ginetta racing is a proven entry-point into professional touring and sports car racing. Many graduates have progressed into professional racing series, including 2015 Ginetta GT4 Supercup champion Tom Oliphant, who has landed a drive in the 2016 Porsche Carrera Cup GB with reigning champions Redline Racing.