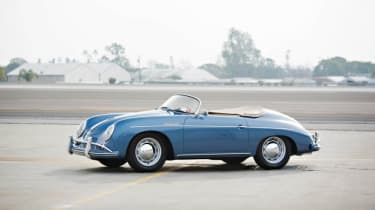 If shows such as MTV Cribs are to be believed, the garages of the rich and famous can be rather predictable places: A Range Rover, a new Mercedes SL, a recent Ferrari or Lamborghini (or both), a black Audi R8…

Comedian Jerry Seinfeld’s garage is rather different, as evidenced by the small selection of his collection going up for sale with Gooding & Company at the upcoming Amelia Island Concours auction.

Best known for his eponymous long-running sitcom, Seinfeld is auctioning off sixteen classic Porsches, as well as two vintage Volkswagens.

There’s a selection of old 356s and 911s, an exceedingly rare 597 Jagdwagen – an old military vehicle that looks more like a Volkswagen Kubelwagen – and a uniquely-styled 1994 964 Turbo 3.6 S Flachbau – a flat-nosed 911, albeit one that retains the typical round headlights of the 964 rather than popups like older flat-nosed 911s. 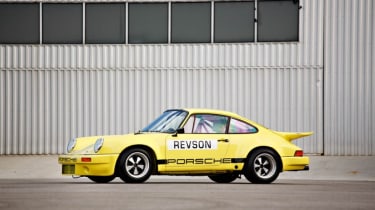 Unfortunately, Gooding & Company hasn’t listed estimates for the model, but their status, rarity and the allure of a respected celebrity owner are sure to add a sheen to each vehicle.

It also makes you wonder what else Seinfeld has stashed away in his garage, as the 18 models on sale are thought to be only a small percentage of his collection. Given it’s not included in the lot list, one of these is known to be an exceedingly rare 1949 Porsche 356/2 ‘Gmünd’ coupe – one of a handfull produced in the company’s early days in Austria, before its move to Germany.

A full list of Seinfeld’s auction collection is below.