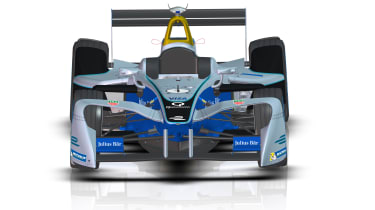 Formula E cars will undergo their first aesthetic change for the 2016/17 season, with the introduction of a new front wing design.

The new part builds upon the raised-nose design of the current cars but adds a second tier to the wing, connected to the nosecone via extended endplates.

The change undoubtedly lends the cars a more distinctive look than that used in the first two seasons, with fairly conventional front wings and rather clumsy-looking pods ahead of the front wheels.

Unlike many other series, the change is not influenced by aerodynamics so much as aesthetics.

While we’re not keen on change for change’s sake and Formula E’s reasoning of ‘looking different’ doesn’t excite our inner engineers, there’s still much to be said for designing an attractive race car – something that isn’t always the case as aero becomes ever more complex in other single-seater series. 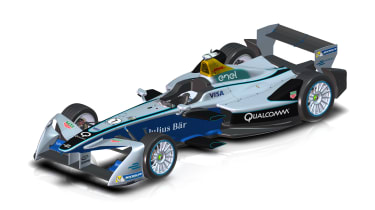 There could be practical benefits too – according to 2015/16 champion, Renault e.Dams driver Sebastien Buemi, the new design makes the wing easier to see from the cockpit, to the benefit of accurate car placement in corners.

‘I don’t think it will make too big of an impact on aero which isn’t in the ethos of this championship,’ he adds, ‘but it’s a good way to show visual development heading to Hong Kong for the start of season three.’

Formula E CEO, Alejandro Agag, said the new design ‘further emphasises the fact that this is a modern, forward-thinking championship that is taking a completely different approach to all other racing series.’

With both drivers equal on points as the race began and di Grassi leading on countback, the accident meant the title could only go Buemi’s way if he took fastest lap – something he duly did, earning two points for his effort.

The third season begins on October 9 with the Hong Kong ePrix – a new venue for the series.