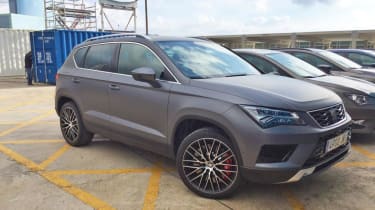 A more performance orientated version of the recently launched SEAT Ateca has been spotted by Auto Express at the launch for a facelifted SEAT Leon.

Featuring quad exhaust tips and bigger Brembo brakes, the prototype is clearly the rumoured Ateca Cupra. Allegedly belonging to Matthias Rabe, SEAT's exec vice-president for R&D, this further adds to its potential as a production model. 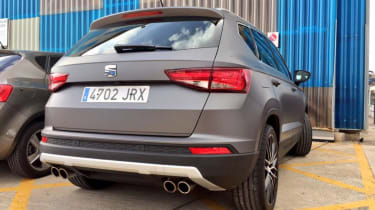 The standard Ateca in standard guise is well put together and looks decent too, but it's not the most engaging thing to drive. Hopefully the Cupra will remedy this.

While performance details are still unknown, chances are that the Ateca will use the same 2-litre turbocharged petrol engine as the Leon Cupra. Current talk that the Ateca Cupra could have in excess of 300bhp, making it hot-hatch quick. 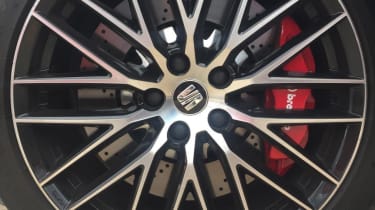 At the moment, Ateca Cupra competitors include the pricier SQ5, range-topping petrol Tiguans and Alpina's XD3. Mercedes also has the GLC.

Really though there's not that much in terms of performance SUV competition at this price point, making the Ateca Cupra a bit of a no brainer for SEAT.