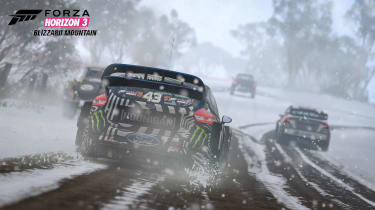 Very few automotive experiences can be more fun than driving in the snow, and happily that experience translates quite nicely into racing videogames.

On this basis, the new Blizzard Mountain expansion pack for open-world racer Forza Horizon 3 should be a riot - and it's just become available for the XBox One and PC versions of the game.

Just like the Storm Island downloadable content for Forza Horizon 3, Blizzard Mountain is entirely about driving off the beaten track, but with a distinct wintery theme.

As well as the mountainous new terrain (slightly different from the Australian outback focus of the standard game) and snowy conditions (ditto), a series of new vehicles has been released to make best use of the low grip routes. 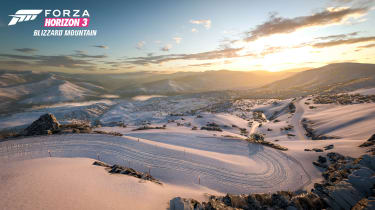 And these are just in addition to the dozens of suitable vehicles already in Forza Horizon 3, which should feel as at-home in the frozen conditions as they do bombing across red, sandy terrain. Those with a will for exploring can also find another suitable car as a "barn find" within the game.

Blizzard Mountain is available now on the XBox store, for $19.99.