Sauber reveals its 2017 car with a new look and livery 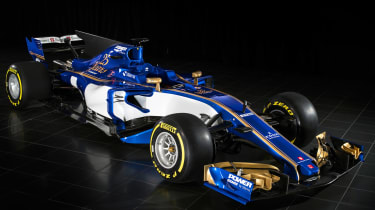 Swiss Formula 1 team Sauber has become the second to launch its 2017 racecar before the season opener in Melbourne next month. Conforming to the same extensive rule changes as the rest of the field, the Sauber C36-Ferrari, as the name suggests, will maintain its Ferrari powertrain albeit in 2016 specification, but is otherwise an all-new design.

Due to those rule changes, Sauber technical director Jörg Zander explained that Sauber has “placed a greater emphasis on aerodynamic stability as opposed to maximising downforce”, something many teams are focusing on due to the increased track speeds expected this year. 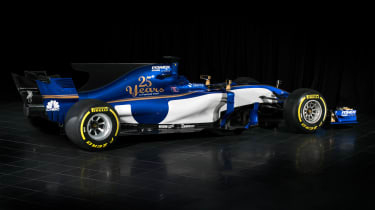 Those wider tires have also been playing havoc with the 2017 car’s drag coefficient and as such Sauber has been busy streamlining the aerodynamics to try and keep up with the more powerful Mercedes power units they will face off against this season.

The 2017 car is a big deal for a team like Sauber. Thanks to the new regulations, the car had to be developed entirely from scratch, representing a huge investment for a team which has been known to suffer financial difficulties in the past.

We will see the cars will be seen in action with Marcus Ericsson and Pascale Wehrlein in the drivers’ seats at the season opener on March 26.