After a short stint at McLaren Racing, the man responsible for VW’s WRC victories returns to Wolfsburg 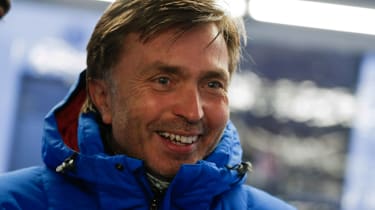 News of a car executive moving from one company to another wouldn’t usually even register on evo’s radar. But Jost Capito is no ordinary boring suit, and the announcement of his move from CEO of McLaren Racing back to Volkswagen is worth mentioning.

Capito is an engineer and racer at heart. Before he graduated from Munich Technical University with a master's degree in mechanical engineering, he started racing motocross bikes and entering endurance motorbikes.

In 1985, after university, Capito started working for BMW, developing its high-performance engines. He still found time to compete in motorsport though, and managed to win the Paris-Dakar truck category.

> Read our review of the Volkswagen Golf R

He moved to Porsche’s motorsport department in 1989 where he stayed for seven years before making the step into the tumultuous world of Formula 1. He then managed the Sauber F1 team during the late 1990s. 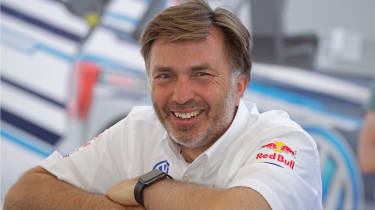 Arguably his most significant and influential role with the car industry started in 2001 when he joined Ford. Capito was initially responsible for Ford’s RS division and lead a project between two of the company’s departments, Special Vehicle Engineering and Ford Racing, which helped bring the Mk1 Ford Focus RS to market.

As well as launching a ground breaking hot hatch under his tenure, the motorsport department also won the World Rally Championship manufacturers' title in both 2006 and 2007. He eventually went onto to manage all of Ford’s performance cars, globally.

Capito carried on his success at managing rally teams when he joined Volkswagen as director of motorsport and led the team to the first three of its four WRC manufacturer and drivers’ titles.

Now, after only a year as CEO of McLaren Racing, Capito has returned to Volkswagen to head-up the department in charge of the company’s performance cars, Volkswagen R GmbH, and its accessories and equipment division, Volkswagen Zubehör GmbH.

As well as creating the Golf R and the R-line packages, Volkswagen R has also been responsible for the Polo WRC. But now that Volkswagen has diverted its motorsport attention to its customer racing programs, Capito won’t have an international race team to get his teeth into. If his attention is mostly focused on road cars instead, his résumé suggests there will be plenty to look forward to. 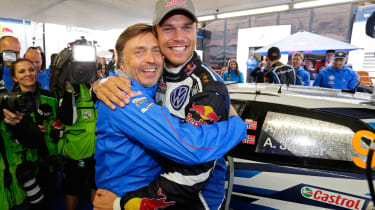