This Little L looks to be a true gem, thanks to a recent engine rebuild and immaculate bodywork 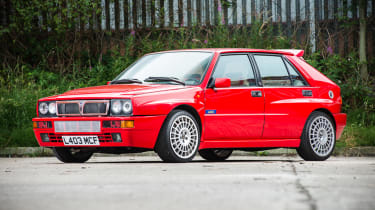 With a Lancia Delta HF Integrale being an integral part of the evo fast fleet, we’ve all come to appreciate it more than we ever thought we would. As a result, we couldn’t stop ourselves poring over our computer screens when we saw that Jay Kay’s Lancia Delta Integrale has just come up for sale in our Corner of the Earth, and it's set to be auctioned at the Silverstone Classic Sale later this month.

The car is an Italian model, but was found in the UK in 2009 by the Jamiroquai frontman. It’s no surprise that having been owned by such a serious enthusiast, it has been fastidiously maintained and kept in immaculate condition. As a result of a misfire, earlier this year the car was subjected to an almost full engine rebuild. 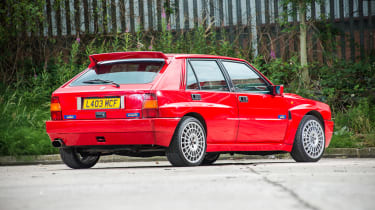 The car benefitted from a block rebore, new forged pistons, polished crankshaft-bearing journals and the cylinder head was skimmed. That’s likely to ensure the car Feels Just Like It Should to drive, though don’t expect Supersonic speeds from the 23-year-old motor.

When we examined the same car back in 2009 (before Jay Kay took ownership) we called it a 'dazzling example', though looking back, we're somewhat kicking ourselves for not snapping it up at £13,995 - less than half its auction estimate today. 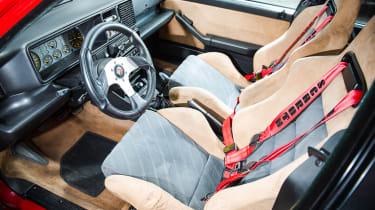 It is unlikely that a better example will be found anywhere and despite the £30-£35k premium that the car is expected to sell for, with all the work that has been done to the engine, it is surely a worthwhile prospect. It must also be noted that the colour is stunning – though that’s obviously open for debate.

Although we are currently experiencing a phase of extreme hot hatches that look imposing with performance figures that boggle the mind, few, if any come close to matching an Integrale for sheer presence and menace. It looks a million dollars just standing still. All that remains now is for us to all club together and add a second Integrale to our fast fleet. Spare change anyone?