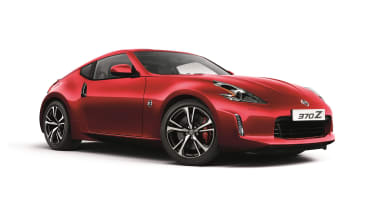 The Nissan 370Z first arrived on our roads way back in 2009 as a replacement for the popular 350Z. However nine years is a long time in the performance car game, so Nissan has given the 370Z a little nip and tuck to keep it fresh amongst a slew of newer rivals.

> Click here for our review of the Nissan 370Z Nismo

Mechanically, manual cars get a new EXEDY sourced clutch, which is said to be lighter than the current one to make rapid downshifts a little less taxing. Manual cars also maintain an auto-blip function, which although unique at its launch in 2009, has now been adopted by lots of other manufacturers. Nissan claims it's still the only manual car in the segment with this feature, though. 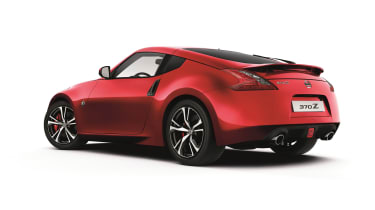 Other than that, the 370Z keeps its naturally aspirated 3.7-litre VQ37 V6 engine producing 323bhp, available with the aforementioned 6-speed manual, or 7-speed torque converter automatic. Inside remains largely the same as before, although Nissan has fitted its latest 7-inch infotainment system as standard.

It may be getting long in the tooth, but naturally aspirated sports cars like the 370Z are becoming increasingly rare beasts. With a lineage running all the way back to 1969, the Nissan Z car still has plenty of weight to its name, rationalising Nissan’s rumoured decision to replace the Z in the next couple of years.

For now though, this V6-powered coupe offers something unique in the market and can be all yours starting at under £30k. That’s one hell of a lot of sports car for the price of a Golf GTI.