Goodwood’s March event to be rolled forward to 2021, but events in June and September are still on the calendar 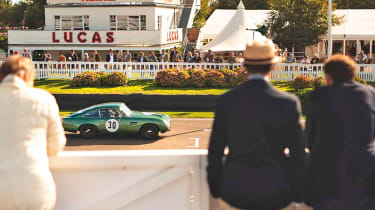 Goodwood Estate has announced a new provisional date of 22-23 April 2021 for its 78th Members’ Meeting which was initially due to be run on 28-29 March of this year. If the 13-month delay sounds extreme, there are still two planned Members’ Meeting dates of 9-12 June and 11-13 September on the 2020 calendar.

Of course, following recent government updates as to the state of the UK’s lockdown regulations, the June event is looking increasingly unlikely to take place, which makes  September the most likely reboot of the popular Members’ Meeting event.

The Goodwood Festival of Speed has also been postponed until later this year, but the likelihood of such a large event taking place before the end of 2020 seems unlikely, regardless of whether it can renegotiate with vendors to return for what Goodwood confirms will be a smaller and reformatted event. The same goes for the Goodwood Revival, although its smaller crowd size and typical date later in the year make it a slightly more realistic event to reorganise.

As is the nature of the Covid-19 pandemic, it’s crowded spectator events such as these, not to mention motorsport events including Formula One, WRC and the GT Racing, that are still off the cards with crowds present until later in the summer at the earliest. Both the Le Mans and Nürburgring 24 Hours have been postponed until September this year, with other WEC championship races due to take place over the summer also postponed until later in the year.

Although missing a summer’s worth of automotive events is a tough pill to swallow, they’ll be back when circumstances allow and no doubt will be all the more exciting when they do.