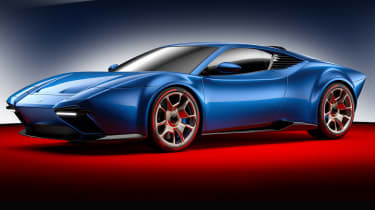 Italian coachbuilder, ARES Design, has revealed details of a new low-production supercar to arrive in the summer of 2018. Codenamed ‘Project Panther’, the new supercar will be a modern interpretation of the De Tomaso Pantera from the early 1970s, underpinned by a chassis and drivetrain from a Lamborghini Huracan.

A product of ARES’s core ‘bespoke creations’ service, the Project Panther has been designed under the watchful eye of head designer Mihai Panaitescu who has focused on delivering a future classic that reflects the essence of the original. Incorporating some of the design elements that made the Ghia-designed original such a hit, the new car has a distinctly contemporary twist. The strongly tapered lines are of clear Italianate inspiration, peppered with modern details like LED lighting, large wheels and functional aerodynamics.

Under the new bodywork will sit a mid-mounted 5.2-litre V10 engine connected to a dual-clutch gearbox and all-wheel drive system as in the Lamborghini Huracan. We expect the Project Panther to have at least 602bhp as in the Huracan LP-610, although customers will surely be given the option of more if they ask. The Huracan’s lightweight aluminium and carbonfibre hybrid chassis will also feature, giving a similar set of dimensions for the Project Panther.

No specific technical specifications have been released so far, but judging by the adopted powertrain, the Panther should be a fair bit quicker than its Ford-powered predecessor, but that is probably a given considering its conception in the early 1970s. Expect a 0-62mph of around three seconds and a top speed at the 200mph mark, although the latter will be at the mercy of the new car’s aerodynamics. But these sorts of low-production coachwork cars aren’t really about performance are they? Instead ARES will focus on customer personalisation and exceptionally high build quality and execution. 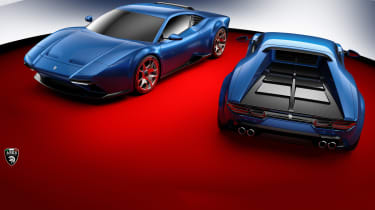 To be designed, engineered and built in ARES’s new manufacturing facility in Modena, the Project Panther will act as the company’s new halo product. Previously responsible for one-off coachwork commissions on existing models like a two-door Bentley Mulsanne coupe and the distinctive Mercedes-AMG G 63-based X-Raid, Project Panther represents the most substantial project yet for the coachbuilder.

Founder and CEO of ARES, Dany Bahar, has voiced his intentions for ARES Design, saying: “We started ARES three years ago with unprecedented demand to work on the personalisation of clients’ cars, and have satisfied well over 200 customers with unique interiors, exterior design elements, bodywork engineering and performance upgrades. Our new Modena facility allows us to move above and beyond this normal personalisation service, bringing together new design and engineering technologies, teams of skilled craftsmen, and passionate experts who have joined us from local supercar businesses.”

Currently undergoing design, aerodynamic and crash-test engineering assessment, the Project Panther will reach customers in the second half of next year. Potential clients have already been shown images of the car, some already having left a deposit, although how many ARES will build has not been confirmed. How much the car will sell for will also likely be of the ‘if you have to ask’ level.