FIA WEC 2018/19 – dates, details and race reports - Round one: Total 6 Hours of Spa-Francorchamps – report and results

We cover the 2018/19 WEC, bringing you a round-up from each race as well as some background knowledge for the global race series. 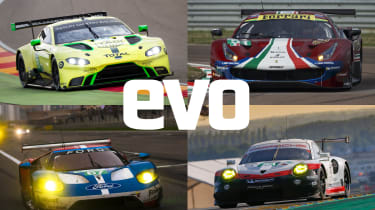 A historic favourite of both fans and drivers, the Total 6 Hours of Spa-Francorchamps provided an entertaining curtain-raising race. Toyota picked up where it left off last season – at the top of pile – with Fernando Alonso taking a debut victory. Fellow manufacturers BMW and Aston Martin fielded new cars in the GTE category, but didn't fare too well. That said, others endured a worse race with a series of crashes ending some teams’ work prematurely.

Toyota Gazoo Racing continued as the dominant force as the season began. Qualifying first and second respectively, its no. 7 and no. 8 cars retained the top two positions as the chequered flag dropped in Belgium. However, the pair switched places in the final classification, with the former car, piloted by Conway, Kobayashi and Lopez, having started the race from the pitlane following an FIA inspection. In scrutineering, stewards identified a discrepancy with the car’s fuel meter and subsequently voided all qualification times.

Such is the TS0S0 Hybrid’s significant performance, though, that Conway, Kobayashi and Lopez climbed to second place with an hour left to race, putting them just a minute behind their sister car. At the five-hour mark a crash at the top of Eau Rouge resulted in the safety car coming out, bringing the Toyotas into close proximity. But a climactic, wheel-to-wheel finish wasn't to be, with team orders instructing both cars to hold fast for the closing stages, ultimately handing Alonso a debut WEC race victory. 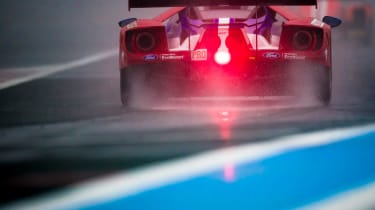 Rebellion’s Bruno Senna joined the Toyota drivers on the podium, with teammates Lotterer and Jani. However, their third place was later stripped, an overly worn skid block cited as grounds for disqualification by the FIA. As a result the team’s other entry was thus awarded third place.

Further former Formula 1 drivers participated at Spa in the LMP2 category, namely Jean Eric Vergne and Pastor Maldonado, once of Torro Rosso and Williams respectively. Vergne took a class victory for G-Drive in the Oreca 07, while Maldonado, also driving an Oreca-built car, managed not to crash and finished second from bottom in the LMP2 category.

Both BMW and Aston Martin would have been hoping for more from their new cars’ competitive debuts. The higher-placed of the two M8 GTEs claimed fifth, a position ahead of the leading Vantage GTE. Ford took a class victory, eclipsing Porsche and Ferrari in the process, who themselves rounded out the GTE Pro podium. In the aftermath of the race, Aston Martin Racing, BMW and Ferrari lobbied the ACO and FIA to alter the balance-of-performance regulations to bring about more parity in the hotly contested GTE class.

Spa-Francorchamps’ legendary Eau Rouge–Raidillon complex ended no fewer than three drivers weekends. Matevos Isaakyan’s day finished in speculator fashion when his BR1 went airborne as he crested Raidillon heading onto the Kemmel straight. Tailing his teammate through the substantial elevation, Harry Tincknell lost control of his Ford GT and ploughed into the barrier on outside of Raidillon, concluding his race. And Pietro Fittipaldi’s harrowing accident, not dissimilar to Tincknell’s, left him with two broken legs after his power-steering failed mid-corner.