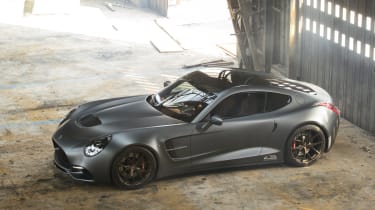 Following its reveal earlier this year at the Geneva motor show, Puritalia Automobili has announced that its Berlinetta hypercar will make its UK debut at Salon Privé in September. The model blends traditional Italian craftsmanship with the brand’s own hybrid powertrain, combining a front-mounted V8 combustion engine with an electric motor.

CEO and founder of the company, Paolo Parente, said: ‘We are thrilled to present our Berlinetta for the first time in the UK at this year’s Salon Privé. The huge interest we have received from the UK proves how much the British motor culture still appreciates traditional skills and craftsmanship where Italians cars, just like the British ones, are second to none.’

> Rimac Automobili C_Two revealed at Geneva - is this the hypercar of the future? 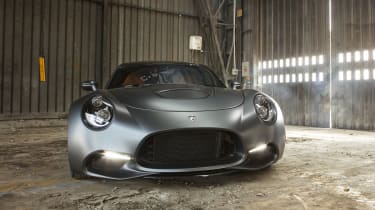 Every example of the Berlinetta will be built to its owner’s exact specification, and each customer will be provided with a personal design team to assist them during the specification and building process. The brand says the painting and finishing of the carbonfibre takes 800 hours alone – more than some mass produced supercars take to build entirely.

Alongside an all-carbonfibre body, the car sports a hybrid chassis comprising a carbonfibre central tub with aluminium subframes. The suspension plates are CNC-machined from a single aeronautical aluminium billet, while weight distribution is a perfect 50:50 front-to-rear. 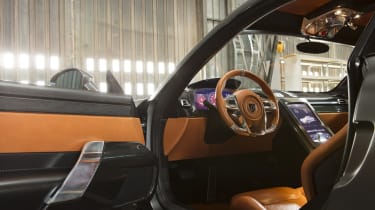 One element of the car that the company is pushing is its use of artificial intelligence based software. Puritalia has used its own patented ‘Purhydrive’ technology for management of the electric motors – the system will learn the driving style of whoever is behind the wheel and calculate the best way to put the power to the ground for that driver. Even the exhaust doesn’t escape the technology, with the V8’s quad-tip titanium system receiving ‘smart electronic modulation’ and ‘active side pipes’. Inside, the company’s own infotainment system will feature, including speech recognition and the ability to control certain features via smartphone.

Just 150 examples of the Berlinetta will be produced and pricing information is yet to be announced.