The Ford Puma is back, but now it’s an SUV 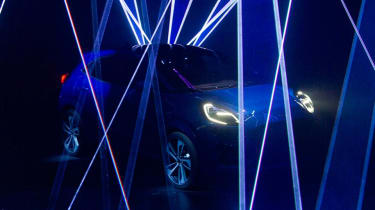 Ford is resurrecting the Puma name that it famously applied to its 1990s Fiesta-based coupe but, market forces being what they are, the new Ford Puma has taken on SUV form.

An SUV model on the platform of the new Ford Fiesta, and targeted at the increasingly lucrative small crossover segment where the likes of the Nissan Juke and Peugeot 2008 do business, has already been seen out testing in disguise but the first confirmation that it will adopt the Puma name came at Ford’s exclusive preview event in Amsterdam where the new Ford Kuga was uncovered in full.

Ford showed off a new ‘Ford Puma’ logo and trundled out a disguised prototype car at the event. The new model borrows heavily from the larger Kuga in the styling department with similar front lighting clusters and a large grille. SUV styling traits of bulging wheelarches and roof rails also appear.

Ford says that the new Puma will be strong on practicality with a 456-litre maximum luggage space and we’d expect a small SUV based on the latest Fiesta to at least offer one of the better driving experiences in the class. We can also expect Ford’s ubiquitous EcoBoost petrol engines to make the Ford Puma line-up with 1.0-litre and 1.5-litre units mated to 6-speed manual or auto gearboxes. Ford announced that one powertrain will combine the 1.0-litre EcoBoost unit with its 48-volt mild hybrid system that uses a belt-driven starter/generator to recoup energy under braking and boost torque. The result will be 153bhp and torque rated at 177lb ft. 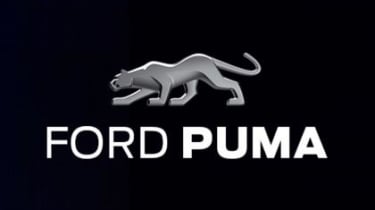 An EcoBlue diesel would also be a possibility and, while the mainstay of the range will be front-wheel drive, that engine could power a 4x4 variant with technology borrowed from the Ford EcoSport. The new Ford Puma will join the Ford range later in 2019 at prices expected to start around the £20,000 mark. The flawed EcoSport model is due to be replaced and will form the entry-level option in the Ford SUV lineup below the Puma and the Kuga.

Performance car fans will certainly bemoan the Ford Puma's transition from likeable compact coupe to identikit small SUV, even if the name hasn’t appeared on a new car since 2002. The original Puma launched in 1997 using Mk4 Fiesta front-wheel drive underpinnings with upgraded suspension and anti-roll bar. The 1.7-litre engine delivered 123bhp which was enough for a 9.2sec 0-60mph time in the 1041kg Puma, an experience made especially enjoyable by the car's sweet 5-speed gearbox.

From 1999 Ford subcontracted the construction of 500 Racing Pumas to Tickford and the little coupe had its finest hour. Heavily upgraded throughout, with 153bhp, Racing Pumas commanded a hefty £22,750 price tag from new - more than a Subaru Impreza WRX at the time.