The brand has outlined its future plans with a trio of new products, partnering with Pininfarina for the Karma GT 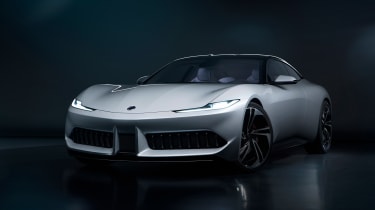 Karma Automotive has shown three new models at the 2019 Shanghai motor show, outlining its plans for the future. The 2020 Revero GT is set to hit the roads this year, with production versions of the Karma GT and SC1 Vision Concept coming at later dates.

The Fisker Karma was shown to the world almost a decade ago, but found its demise in 2014 when Fisker Automotive filed for bankruptcy. The brand later transformed into Karma Automotive, bringing us to the line-up we see at Shanghai today.

The 2020 Revero GT represents the brand’s short-term plans, going on sale in the second half of this year. Derived from the Fisker Karma of 2012, the plug-in Revero GT offers tweaked performance, tech and customisation over the standard car. Power now comes from the same turbocharged three-cylinder engine found in the BMW i8, turning an on-board electric generator to power the two rear-mounted motors. Though power figures haven’t been quoted, an increase over the standard Revero’s 398bhp and 980lb ft of torque is to be expected. 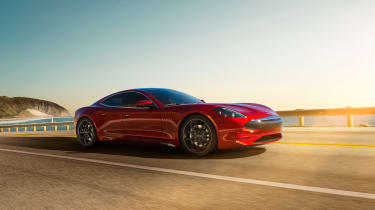 Mid-term plans are defined by the product of Karma’s collaboration with Italian design house Pininfarina. The Karma GT designed by Pininfarina is the 2020 Revero GT under the skin, but features an entirely new body and interior. No powertrain information has been provided, but it’s likely it’ll share the same hybrid set-up as the Revero GT upon which it’s based.

The final car in the trio is the SC1 Vision Concept, an all-electric roadster to help the brand compete with the likes of Rimac and Tesla. Details are scarce, but it’s clear that Karma is keen to focus on interior tech. It claims the model will have a ‘new infotainment architecture’ with 5G connectivity and various ways in which the driver can interact with the car’s systems. 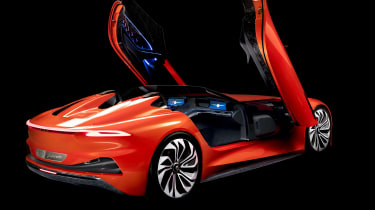 The new models serve as the brand’s attempt to properly establish itself in the automotive scene, following a patchy history with the financial troubles of Fisker and reliability issues of the original Karma.

Release dates for the Karma GT designed by Pininfarina and SC1 Vision Concept are yet to be revealed. Pricing for the upcoming Revero GT has not been provided.