Audi TT to be canned in new ‘sustainable’ corporate strategy 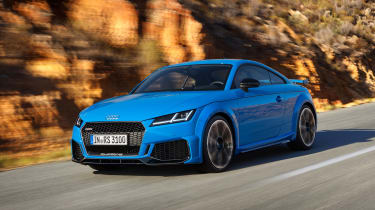 Last year was the 20th anniversary of the Audi TT, but the third-generation model currently offered will also be the last, as the brand announces changes to its corporate strategy in the years ahead.

Audi’s board of management has presented the firm’s strategy to shareholders, the crux of which is a desire to become a CO2-neutral brand and, amid difficult 2019 market conditions, promises a focus on profitability.

That puts the Audi TT on the chopping block, in its current form at least. Audi chairman Bram Schot said the model will be replaced ‘with a new emotive model in the same price range’, according to our sister site Auto Express, adding that the new model will be electric. 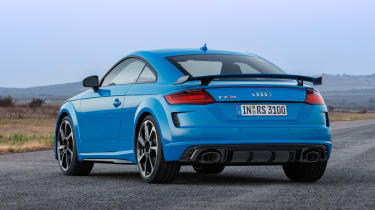 Schot also called into question the future of Audi’s other halo model, the R8 supercar, musing over whether its successor needed combustion power, but the TT will be gone ‘in a few years’.

Schot didn’t elaborate on what form the TT’s spiritual successor might take, but with the global sports car market only getting smaller, there’s no guarantee it will be a compact, two-door coupe like the current TT.

The TT will have survived less than 25 years by the time it goes off sale. Launched in 1998, the original TT was transformative to Audi’s image at the time, arriving a full five years before the Audi Le Mans quattro concept that eventually spawned the R8 that now carries Audi’s performance torch.

Despite early stability problems – cured by redesigned suspension and a small aero lip at the rear of the car – the TT was an instant hit, with a unique design that struck all the right chords with the image conscious. Strong performance from a 222bhp 1.8-litre turbocharged engine was key too, and Audi also pushed the car’s technological side, the TT among the first cars in the VW Group to use the new DSG transmission, in the six-cylinder model.

The second-generation model followed in 2006, getting its own high-performance variant in the form of the five-cylinder TT RS, with the current third-generation car arriving in 2014, the first car to get Audi’s Virtual Cockpit instrument cluster.

Declining coupe sales have made cars such as the TT a rarer breed, but while the TT has never been a true sports car in the vein of a Boxster or Cayman, its existence served as a respite from the ever-encroaching hoards of SUVs.

Among the other points raised at Audi’s 130th Annual General Meeting were the debut of Audis based on Porsche’s electric architecture by the beginning of the next decade, an announcement that 40 per cent of its sales will be electrified vehicles by 2025, and internet sales – beginning, ironically, with a special Quantum Grey Edition TT.

While Audi’s decisions make corporate sense, it’s a shame to see the TT disappear – and hopefully Audi will do justice to one of the key models that helped create Audi’s image as a maker of desirable cars.