The MSO parts provide the supercar with 75kg of additional downforce, thanks largely to a new wing 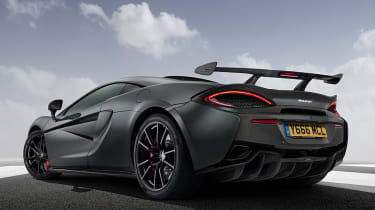 McLaren’s range-topping Sports Series car has already received the Long Tail treatment, providing it not only with more downforce and power, but the bragging rights that come with the title of eCoty winner 2018 too. However, should you not want to pay the premium that comes with the 600LT, McLaren has something for you.

On the surface, the kit appears to be little more than a new rear wing, similar to that seen on the limited-run MSO X of last year, providing a not-insignificant 75kg of additional downforce at high speed. However, a new underbody system of guide vanes helps to reduce drag, forcing air to exit below the doors, reducing pressure at the front and creating a more neutral balance. Although you’ll have to take to the track to feel the benefits, better high-speed stability as well as stability under braking are on the cards.

Coming from the brand’s Special Operations department, the gloss carbonfibre wing is complete with MSO branding on each end plate, with metal components finished in a subtle Palladium Grey shade to match any spec one might have. A central brake light is also integrated into the wing. 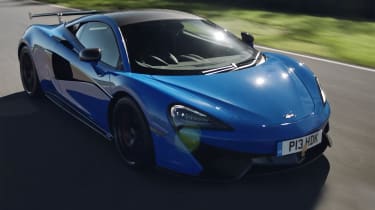 The marque is no stranger to the high downforce kit, with a select few McLaren F1s receiving the treatment over two decades ago. Sitting between the standard car and GTR racer, the HDK added a larger rear wing, front splitter, new louvres and a 680bhp LM-spec engine that revved to 8500rpm, which lowered weight and increased both power and downforce in the process. As nice as it is, the high downforce kit-equipped 570S is hardly a match for the iconic F1, but if you don’t have a spare £10m lying around, we think it might be a slightly more attainable alternative.

The kit can be fitted to either the 570S Coupe or Spider. Pricing and availability is available upon request.