As the worlds of virtual and real racing become closer, we speak to Gran Turismo’s creator to get his take on what the future holds 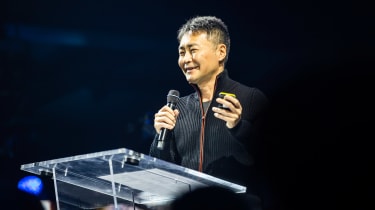 Kazunori Yamauchi doesn’t run a car company. He’s not a stylist, and he isn’t in the business of selling cars – at least not directly. But he could be considered one of the most influential individuals in the automotive industry of the past two decades.

Yamauchi is the creator of the Gran Turismo video game series on Sony’s PlayStation consoles, which has sold 80 million units and counting since 1997; in the same time period, Ford has sold ‘only’ around 64 million cars worldwide. More than seven million people are already playing the latest PS4 title, Gran Turismo Sport, which takes the franchise into new territory, creating not just gamers, but competitors too.

> Click here for our review of Gran Turismo Sport

In the days before widespread internet adoption, GT was virtually the only source of information on certain cars; who in the UK had even heard of an Impreza Type RA or Mitsubishi FTO GP Version R before Gran Turismo, let alone considered importing one? Likewise, GT is often credited with bringing automotive minnow TVR to the attention of what was, at the time, the world’s largest car market, the United States. And it’s influenced the cars themselves, from the game’s designers being drafted in to create display graphics for the R34 and R35-generation Nissan GT-Rs, to collaborations with more than 20 car manufacturers and design houses as part of the Vision GT project. 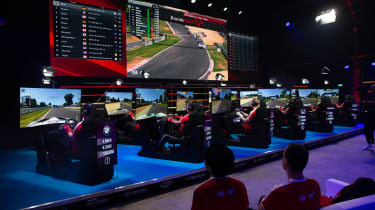 Then there’s the GT Academy contest, held in partnership with Nissan, which has created the careers of several professional racing drivers, most notably Lucas Ordóñez and Jann Mardenborough, who won in 2008 and 2011 respectively and have since competed at Le Mans and in Blancpain GT, GP3 and Super GT among other series.

Gran Turismo Sport will go further, according to Yamauchi. When we spoke to the 51-year-old in Paris, at the first round of the 2019 Gran Turismo World Tour, gamers from across the globe were competing in the virtual world for real prizes. So what role does GT Sport play in the wider world of motorsports?

‘For the first time in history motorsports has an amateur side at the same level as sports such as basketball or baseball, where it’s very accessible,’ Yamauchi says of GT Sport. ‘It’s really the first time in 150 years of motorsports history that it’s been this accessible. What kind of effect that’s going to have on the world, the industry and everything else is still a big question mark.’ 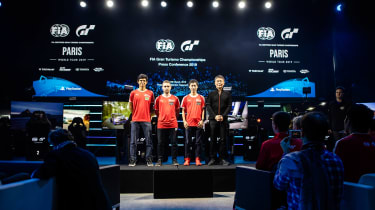 And are the two likely to diverge entirely? ‘I think for certain that GT Sport will become a basis for real-world motorsports,’ Yamauchi explains. ‘But the game will have its own role models, just as real motorsport does – you’ll see these heroes being born from the championships, that will really provide a role model for the kids and young people playing this.’

There’s still life beyond GT as an e-sport of course, with more single-player content planned once the championships have really got into their stride, and further VR support – one of the greatest steps in immersion the genre has taken since steering wheel and pedals peripherals.

Then there’s GT Sport’s ‘Scapes’ mode, which allows players to photograph cars everywhere from central Tokyo to the San Bernardino Pass, using photogrammetry to mix virtual vehicles with dynamic photo-realistic backdrops. Yamauchi expresses a desire to incorporate more of these real-world locations when technology allows – so the option to explore some of the world’s great driving roads may also be on the horizon.

That may require future generations of hardware though; GT has long pushed its console hardware to the limit. ‘We are already using about 99 per cent of the capability of the PS4,’ says Yamauchi. Each car alone takes around six months’ work from modellers and programmers, though some manufacturers make it easier than others: ‘We were involved in the Toyota Supra before it had left the drawing board. At the internal design presentation, it was actually shown using Gran Turismo. They already had a running version in GT to show to [Toyota president] Akio Toyoda! During the presentation Toyoda-san was able to just sit down and start driving!’

Not that driving is the only attraction of GT Sport. Among the more remarkable statistics presented by Yamauchi in Paris is that its users have created more than 50 million liveries using the in-game editor.

‘[That statistic] was really a surprise because it can take up to a day [to create a livery] – you have to put in that much energy,’ Yamauchi says. Other aspects of the game’s online play have been a surprise too: ‘Seeing the intelligence and speed of the top-level drivers is amazing. These guys are processing so much information while they’re driving. That’s been very exciting.’

What does Yamauchi think of the gamification in sports such as Formula 1 and Formula E, with boost buttons, points for fastest laps, and extra power for the most popular drivers? ‘I can totally understand the difficulty there is in real motorsports of doing that properly, because there’s a lot of physical limits to what you can do. Aero makes it difficult to follow the car in front, you can’t change how much fuel is consumed over time, tyres degrade… In a game you can set all those parameters very freely.’ 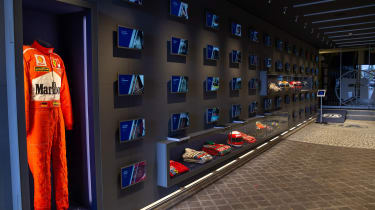 More than 20 years ago, the Gran Turismo series was a way of introducing people to the joy of driving and the joy of cars in general – in the past, Yamauchi expressed his desire for the series to become an ‘encyclopaedia of cars’. GT Sport has taken that further, becoming a way of introducing people to competitive racing with FIA backing. Where does Gran Turismo go next? ‘You can compare the FIA Gran Turismo Championships to something like the Vision GT project,’ says Yamauchi. ‘Mercedes became the first manufacturer to be involved, and others are getting involved to this day. We wanted to do that for the motorsports side. As an industry as a whole we’ll start supporting motorsports, and start nurturing the enthusiasm for cars.

‘I’m trying to establish this family that can work towards supporting it,’ he adds. ‘In this small venue we have the competitors, the manufacturers, the partners, the journalists. I imagine that when Formula 1 first started, that’s probably what the scene looked like; everyone involved could probably fit in one restaurant. Back then they were a family… and that’s what we’re trying to do now.’

Think Gran Turismo has been influential over the last 22 years? That, it seems, was just the start.