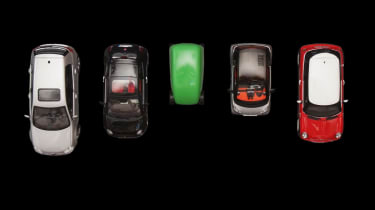 Dubbed the T27, it will be produced by Gordon Murray Design and Zytek Automotive, and has been given a £4.5million government-backed grant to enable its development. This matches the £4.5m provided by Murray and Zytek.

And Murray has high aspirations for the T27, which will be the world’s most efficient electric car, apparently. The three-seater car will be a clean-sheet design, optimising it for use with an electric drivetrain, while the company’s innovative iStream assembly process – designed to use a manufacturing plant 20 per cent the size of regular assembly, cutting 80 per cent of necessary capital investment – will make the car’s overall lifecycle emissions lower still.

Zytek knows a lot about electrically powering cars, having produced electric drive systems for a number of European and American car, bus and van companies with units offering up to 94bhp and 221lb ft. The T27’s drivetrain will be designed specifically for its performance needs, which shouldn’t be high, with the car set to weigh 750kg including batteries capable of a 60-70 mile range.

Preceding the T27 will be Murray’s original project, the T25, a three-seater petrol city car. It’s designed to boast emissions 63 per cent lower than an average rival while boasting a much smaller footprint – check out the green car in the main picture, slotted between the already small Smart Fortwo and Fiat 500.

See our video of Murray's last biggie, the McLaren F1, in action