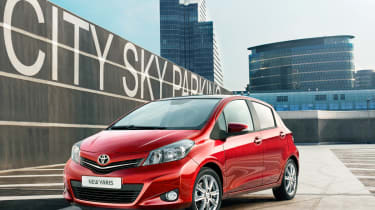 Toyota has released details of its third-generation Yaris supermini ahead of it going on sale in the UK later this year. Highlights include a range of eco-friendly engines and a new multimedia centre.

As always, Toyota is keen to show off the high standard of fit and finish in the Yaris's interior, along with what's described as the "Toyota Touch & Go' multimedia interface that most versions will get. This incorporates a six-inch touch screen display to control audio and optional navigation functions.

The Yaris will be built at Toyota's Valenciennes factory in France, and the launch engine choices will all be very sensible with two petrol powerplants (1.0-litre and 1.3-litre versions of the company's VVTi four-cylinder engines) plus a 1.4-litre D4-D diesel. Excitement, if it comes at all, will come later.

Prices and an exact on-sale date will be announced later in the year.